Leader of Firm that Defended Trumps Donated to DA During Investigation 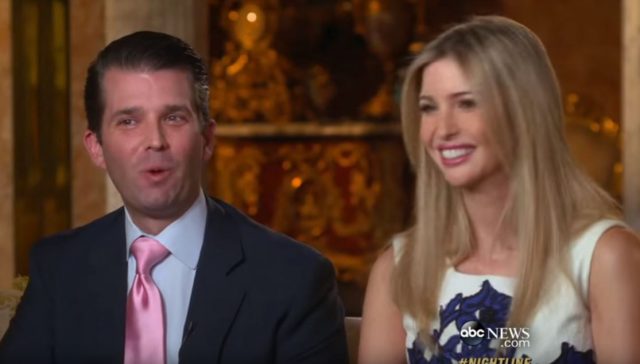 A report last week revealed that while Ivanka Trump and Donald Trump Jr. were under investigation for fraud allegations related to the marketing of the Trump SoHo building in Manhattan, Donald Sr.’s lawyer Marc Kasowitz paid a visit to Manhattan District Attorney Cyrus Vance Jr. While Kasowitz is not a criminal defense attorney and was not part of the case, he was a big donor to Vance’s campaign. Vance’s office dropped the case soon after the meeting took place. Now it turns out that a principal attorney with the firm that handled the Trump children’s defense also donated to Vance’s campaign while the investigation was still going on.

According to New York elections records, Elkan Abramowitz of Morvillo Abramowitz Grand Iason & Anello PC gave $10,000 to Vance’s DA campaign on March 24, 2011. It should be noted that before he was DA, Vance actually worked for Morvillo Abramowitz. While that could mean that Mr. Abramowitz’s donation was an innocent contribution to a former employee, it does raise the question of a conflict of interest between the DA and his old boss, especially given that Vance himself reportedly took a meeting to discuss the case.

Joan Vollero, communications director for the Manhattan District Attorney’s office, told the International Business Times that there was no conflict of interest in this situation, because Elkan Abramowitz did not personally represent anyone in the case, or in any other cases before the Manhattan DA’s Office at the time.

“If there had been a conflict … it would have been flagged and returned in the same way [as Kasowitz’s],” Vollero said. “This multi-step vetting process is more rigorous than what is required, and consistent with other prosecutor’s offices.”

Vance did return the donation that Kasowitz made prior to their meeting, but then Kasowitz reportedly made an even larger donation afterwards. Vance has since said that he will return that donation as well. There is no word yet on whether Vance returned the donation from Abramowitz.

In a statement to LawNewz.com, Elkan Abramowitz said, “Cy Vance was a partner in this firm from 2005-2009, when he left to run for District Attorney. I did not work on the Soho Trump matter, which was opened by my partner, Paul Grand, in 2010, a year after Mr. Vance’s first election. Neither Mr. Grand (nor I) appeared before him in connection with this matter. I’m not aware of any reason why Mr. Vance should  return the contribution.”

Note: This article has been updated with Elkan Abramowitz’s statement.