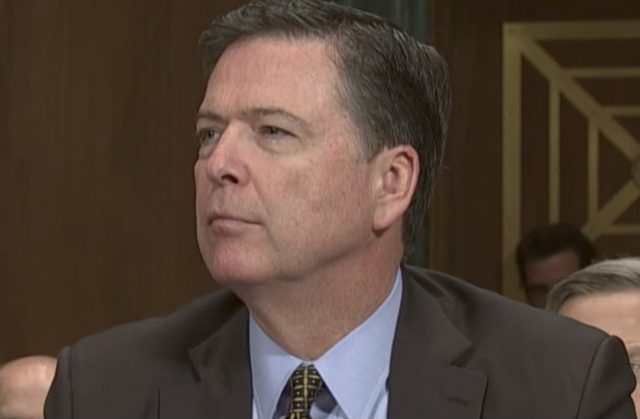 In that report, “Presidential obstruction of justice: The case of Donald J. Trump,” issued by the Brookings Institution, authors Barry H. Berke, Noah Bookbinder, and Norman Eisen methodically lay out their case in four sections.

The report itself is a sprawling, 108-page white paper–an informational document typically produced by a single committee, company, body, board or other such entity with the intention of presenting a unified and cohesive approach to understanding and addressing a particular (and usually a particularly difficult) issue.

The white paper’s conclusions hinge upon President Trump’s motivation for Comey’s dismissal. Firing the former FBI director was well within within Trump’s legal authority as the nation’s ultimate decider in the executive branch, but if Comey was fired for the purposes of hindering the probe into allegations of Russian influence in the 2016 presidential election, then Trump is guilty of obstruction of justice, the authors claim. At one point, the white paper notes:

A press release issued by the Brookings Institution, briefly previews each of the paper’s four sections. The first section contains a summary of “the relevant facts and allegations that can be gleaned from witness testimony and credible media reports.” The second section details the law on point regarding obstruction of justice–and how the facts here align with said laws.

The fourth and final section details the possible avenues Congress could take if obstruction is found. Again, the press release notes:

[A]lthough Congress’s decision to take those steps is ultimately governed by both political and legal standards, there is precedent for impeaching a president on grounds that he has obstructed justice, obstructed a congressional investigation, or been convicted of a crime, should those circumstances arise.

The report, released by the center-right Brookings Institution, was cobbled together by scholars and attorneys party to some of the ongoing legal troubles facing the Trump administration–with a heavy sampling from the organization Citizens for Responsibility and Ethics in Washington (“CREW”), a government watchdog organization founded in 2005. (Two of the authors are CREW-affiliated and one of the authors is currently working for CREW.)

According to the Center for Media and Democracy, the Brookings Institution began as a Democratic Party-oriented think tank in 1918, but began a rightward drift in response to the New Deal. By the 1970s, Brookings began to develop close relationships with the Republican Party which were more or less solidified by the 1990s. The think tank is now regarded as firmly establishmentarian and center-right.

The obstruction of justice white paper also contains an even lengthier, 125-page appendix which contains the documents relied upon as sources for the paper’s broader claims. For the full report click here. For the appendix click here.