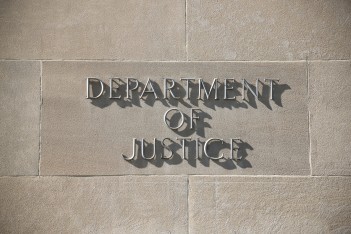 A new lawsuit accuses the Department of Justice of intentionally conducting inadequate searches in response to Freedom of Information Act (FOIA) requests.  The lawsuit contends that the DOJ and FBI have intentionally refused to conduct FOIA records searches on more “modern and comprehensive search tools” that are now available.  The DOJ’s current FOIA records search program was developed more than 20 years ago.  The goal of this lawsuit is to force the DOJ (and FBI) to change its policies with respect to how it conducts FOIA searches.

FOIA researcher and Massachusetts Institute of Technology (MIT) PhD candidate Ryan Shapiro is no stranger to FOIA lawsuits.  The most recent lawsuit stems from Shapiro’s request for records related to a 1970s-era FBI projected named “Operation Mosaic.”  The lawsuit states:

Operation Mosaic was an FBI research and public relations effort to document and publicly highlight perceived difficulties for the FBI caused by the 1974 amendments to the Freedom of Information Act. The FBI conducted Operation Mosaic in the interest of securing legislation to limit the applicability of the newly amended FOIA to the FBI, as well as to justify unilateral FBI measures to limit Bureau disclosures under FOIA.

The lawsuit states the Justice Department denied Shapiro’s requests for information about Operation Mosaic as well as his requests for information about how the DOJ processed his requests.  Shapiro claims the searches were intentionally inadequate in an effort to avoid producing responsive documents. They lawsuit goes on to explain why the search was inadequate:

[T]he FBI searched its Central Records System (CRS) by relying on a single application that solely conducts outdated and limited index-based searches. Further, … the FBI refused to conduct a search of its CRS using any of the more modern and comprehensive search tools available to the FBI.

In an interview with the Guardian, Shapiro further explained the current DOJ policy provides full-text searches of records are not required in response to FOIA requests.  According to Shapiro, limiting the scope of the search in this manner often turns up no responsive documents, while allowing the DOJ to claim they satisfied the statutory requirement under FOIA to “make reasonable efforts to search for the records in electronic form or format.”

“The FBI’s assertion is akin to suggesting that a search of a limited and arbitrarily produced card catalog at a vast library is as likely to locate book pages containing a specified search term as a full text search of database containing digitized versions of all the books in that library,” Shapiro told the Guardian.

The report also states that the DOJ has refused to implement a newer $425 million software program called Sentinel that provides additional methods to process FOIA requests.  The current FOIA search system is over 20-years-old and reportedly still uses the old IBM-based “green screens” and is not a web-based environment.

In a prior lawsuit filed by Shapiro, the DOJ claimed that conducting a search of the Sentinel program for FOIA requests was unnecessary and duplicative.  According to the report, Shapiro believes this reluctance to implement Sentinel is further evidence of longstanding efforts by the DOJ to avoid FOIA disclosures.

Shapiro has had some success taking on the DOJ in FOIA lawsuits in the past.  Earlier this year, U.S. District Court Judge Randolph D. Moss ruled that the current DOJ/FBI FOIA policy is “fundamentally at odds with the statute.”  Shapiro is reportedly hopeful that this prior decision will help him in the current case and ultimately lead to a fundamental change in how the DOJ processes FOIA requests.