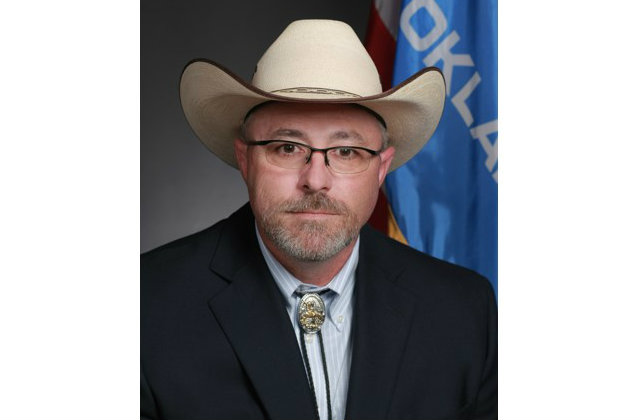 An Oklahoma lawmaker tried to defend a controversial abortion bill by describing a pregnant woman as a “host.”

The legislation is called HB 1441. It would require women to get permission from the man when seeking an abortion. The state’s House Public Health Committee tabled it without comment in early February, and it was quickly scheduled for the legislative agenda on Tuesday. According to a new report from The Intercept, they interviewed bill author Rep. Justin Humphrey on Feb. 8, and he explained his reasoning:

I believe one of the breakdowns in our society is that we have excluded the man out of all of these types of decisions. I understand that they feel like that is their body. I feel like it is a separate—what I call them is, is you’re a ‘host.’ And you know when you enter into a relationship you’re going to be that host and so, you know, if you pre-know that, then take all precautions and don’t get pregnant. So that’s where I’m at. I’m like, Hey, your body is your body and be responsible with it. But after you’re irresponsible then don’t claim, ‘Well, I can just go and do this with another body,’ when you’re the host and you invited that in.”

In 1992, the U.S. Supreme Court struck down part of a Pennsylvania law: This section required married women to ask their husbands when getting an abortion.

“Furthermore, it cannot be claimed that the father’s interest in the fetus’ welfare is equal to the mother’s protected liberty, since it is an inescapable biological fact that state regulation with respect to the fetus will have a far greater impact on the pregnant woman’s bodily integrity than it will on the husband,” said the opinion co-authored by Justices Sandra Day O’Connor, Anthony Kennedy, and David Souter.

HB 1441’s sister bill, HB 1549, would prohibit women for aborting fetuses if she knew or suspected it had a genetic abnormality. It is also on committee’s schedule for Tuesday.