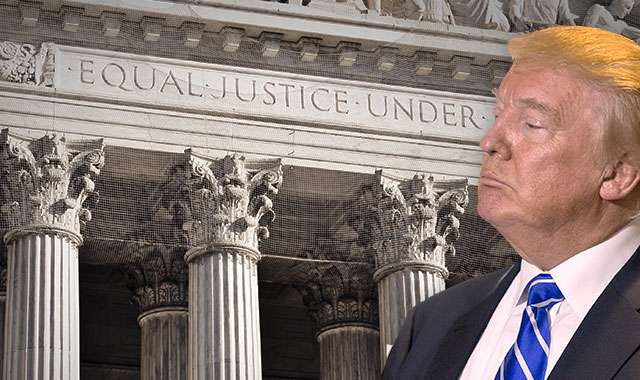 Despite only taking office in January, President Donald Trump has already sparked numerous legal debates — both in the media and courtrooms across the country — with his actions and statements. So many, in fact, that Yeshiva University’s Benjamin N. Cardozo School of Law devoted a 10-week course to Trump’s nascent presidency.

The First 100 Days: The Trump Administration & the Rule of Law is a 10-week course that explored issues including Supreme Court nominations, immigration, regulatory structure, health care, voting rights, the First Amendment, and the environment. “The class covers the legal limits on presidential authority and the dynamics of oppositional legal mobilization, both today and in other political and historical contexts,” the school said in a statement.

“There was an idea amongst my colleagues and I who designed the class that students wanted to understand the limits of the Trump administration given all the promises Trump made on the campaign trail,” said Professor Alexander Reinert, one of the instructors who taught the class.

Demand for the class was overwhelming. Students filled up the 125-person non-credit course within just 90 minutes of registration becoming available.

“I have all these students having strong reactions, on both sides really, to what was happening,” Dean Melanie Leslie told The Huffington Post. “It was a way to take this incredible moment filled with energy and anxiety and channel it for the students into something that would make them better lawyers and thinkers.” Dean Leslie said it remains to be seen whether the school will offer a similar class next semester, but she is open to the possibility.