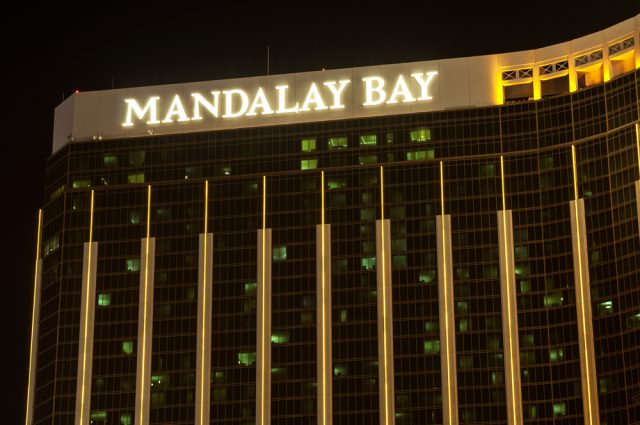 The Las Vegas security guard who was credited as a hero in stopping suspected shooter Stephen Paddock during the deadly attack at the Mandalay Bay hotel has apparently gone missing. David Hickey, president of the Security, Police, and Fire Professionals of America (SPFPA) union had said last Friday that Jesus Campos was being treated at UMC Quick Care medical facility, but a facility spokesperson said there was no record that this was true.

Now, Hickey is apparently at a loss, telling LawNewz he hasn’t heard anything in days.

Hickey was with Campos just last Thursday at a Las Vegas hotel, while Campos was preparing for television appearances on Fox News, CNN, CBS, NBC, and ABC. He no-showed all of them.

This comes in the wake of confusion regarding what really happened on the day of the attack. A change in the official timeline from law enforcement officials said that Campos’ encounter with Paddock, which resulted in the guard being shot in the leg, took place prior to the main shooting and not after. Fanning the flames of confusion was a discredited article on a phony CNN site that alleged that Campos himself was involved in the attack.

LawNewz reached out to Hickey on Tuesday for more information, but he said, “We have no updates whatsoever.” He repeated that he last saw Campos on Thursday, and that “when we left he was not complaining of anything,” but that later on, he received a text from one of his members saying that they were taking Campos to a Quick Care facility. When asked what condition would have prompted Campos to need medical treatment, Hickey did not provide any further details.