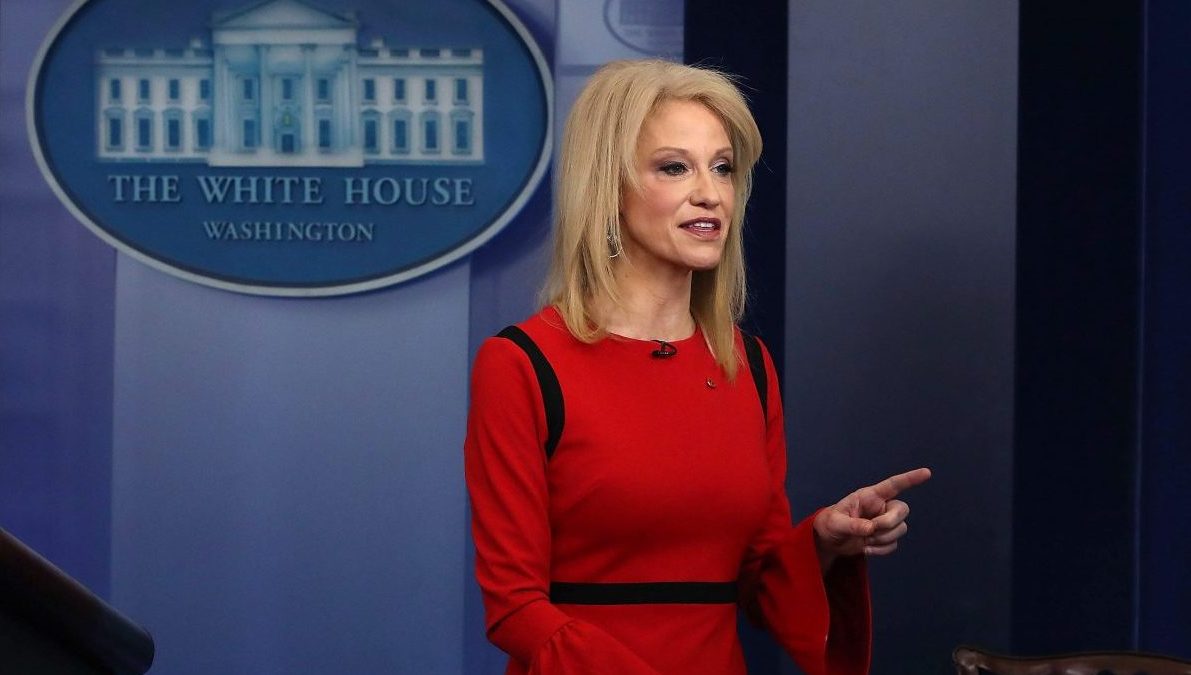 A CNN White House reporter tweeted Friday morning about how President Donald Trump‘s spokespeople are hesitant to speak for him because he keeps undermining what they say on his behalf. Wachtell Lipton attorney George Conway is well aware of what Trump’s mouthpieces go through, as his wife is none other than counselor to the president Kellyanne Conway. The Yale Law grad was more than happy to chime in on the matter, citing reporter Kaitlan Collins‘ tweet and calling Trump’s habit of saying one thing, having his camp defend him, then saying or doing the opposite “absurd.”

So true. It’s absurd. Which is why people are banging down the doors to be his comms director. https://t.co/SyKVUuR2CX

This appears to be quite the sarcastic dig at his wife’s boss.

Conway herself told Fox News earlier this month that she’s been offered the job “many times,” but prefers to handle policy issues.

More recent reports, however, indicate that Kellyanne Conway may take the communications director job, at least on an interim basis, replacing Hope Hicks. A senior White House official told The Atlantic, “It’s becoming increasingly difficult for her to say no,” and another joked that Trump “basically told her she’s no longer allowed to say no.”

Friday morning, Kellyanne Conway told Fox & Friends, “I’m here to support the President however he sees is most important,” but didn’t exactly say she wanted the comms job.

Of course, while Kellyanne Conway has to say all the right things (especially if she ends up with the position), her husband doesn’t have to. Last year, it was reported that Trump was considering George Conway to head up the Justice Department’s Civil Division, but Cownay turned it down.