Justin Ross Harris Trial: Everything You Need to Know 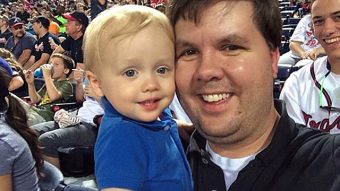 Opening statements are expected on Monday in the trial of Justin Ross Harris, who is charged with the murder of his 22-month-old son who died when Harris left him in a hot car. Before the trial gets underway, let’s take a look at the facts and what we might see from both sides of the case. While the court of public opinion may be ready to convict, it may not be so simple.

First, here’s what we know. On the morning of June 18, 2014, Harris, now 34, was driving with his son Cooper. First, they went to Chick-fil-A for breakfast, which they did from time to time. Harris was then supposed to take Cooper to daycare before going to work. Instead, he went straight to where he worked, stayed in the car for about 15 seconds, then got out and went inside, leaving Cooper in the car. At 4:16pm, Harris left work, started driving home, and then parked after seeing Cooper still in the back, lifeless. Reports say that he didn’t call 911, and that he was hostile towards police (which is disputed) who arrived on the scene. An autopsy showed that the child died from the heat.

Harris doesn’t deny that Cooper died from being left in the car, but the case hinges on whether this was accidental or if Harris intentionally left his son in the car to die. This a far cloudier issue, with attorneys for both sides trying to frame everything to establish Harris’s state of mind.

The prosecution will try to convince a jury that a father intentionally left his 22-month-old son in a car in order to kill him. There is a substantial amount of evidence that they can use to try to establish both intent and a motive, and they’ll look to hit those buttons hard.

It turns out that while Cooper was stuck in the car, Harris, who was married to Cooper’s mother Leanna at the time, was allegedly sending and receiving lewd messages and pictures from six different women. That morning, he even said to one of them that while he loves his son, he needs an escape, according to Detective Stoddard, who investigated the case. At least one of the women was allegedly under 18 at the time, so Harris is being charged with disseminating harmful material to a minor and sexual exploitation of children. Prosecutor Chuck Boring will likely portray Harris as a dishonest, unfaithful husband. Convince the jury that Harris can’t be trusted, and that will create a hole that will be tough for the defense to climb out of.

Supporting this strategy is even more evidence that Harris was looking for a new life. Police say that Harris’s internet history included visiting a Reddit message board called “child free” and searched for “age of consent for Georgia,” which makes sense given his alleged cyber-affair with a minor. His history also includes researching hot car deaths and how they can happen, including watching videos about animals dying in hot cars and at what temperature. Prosecutors will argue that watching videos like that is an indication that he may have been planning something. Not only that, the very fact that he was even in a part of the internet where he would come across that might be alarming to jurors.

Oh, police also said that at some point he Googled “how to survive prison.”

On top of all that, Harris and Leanna had two life insurance policies out on Cooper, totaling $27,000, which could help solve their alleged financial woes, including Harris’s credit card debt, plus car and student loans for both him and Leanna.

With all that, the prosecution will try to convince the jury that Justin Ross Harris was a monster who wanted nothing more than to get away from his life and start anew. He wanted out of his marriage, he didn’t want to be saddled with a kid, he was in financial trouble, and he had all these other women to have fun with. He researched everything he thought was necessary to pull this off, and then one day he did it. They’re already claiming that it couldn’t have been an accident, because of the short distance between the Chick-fil-A and the intersection where Harris would have had to either turn towards daycare or go to work.

They might even argue that Leanna was involved. After all, they both had money problems, neither one was happy, and why would he kill the kid when he could just run away from both of them? There was some suspicion around her after she also admitted to researching hot car deaths, and when she allegedly said at Cooper’s funeral, “Would I bring him back? No. To bring him into this broken world would be selfish.” Hard to believe a grieving mother would say that. Leanna also jumped to quite the conclusion when she went to pick up Cooper at daycare, only to learn that he never showed up that day. According to daycare employees, she allegedly said, “Ross must have left him in the car.”

And then there was the conversation between Harris and Leanna in the police interview room. According to Detective Stoddard, Harris told his wife that Cooper looked peaceful, saying, “I dreaded how he would look.” Prosecutors will say that sounds a whole lot like he was expecting to find something wrong with Cooper, and that Leanna was aware. Almost like they were planning Cooper’s death.

For everything mentioned above, there is a perfectly valid explanation. Was Justin Ross Harris a married man chatting up multiple women on the side? Sure looks like it. Was he unhappy with his marriage? Seems to be the case. Does he have a questionable internet search history? Maybe. But none of these things make him a murderer.

Consider this hypothetical: Harris and his wife discussed getting divorced well before Cooper died. They talked about custody arrangements, with Leanna keeping the child, and maybe Harris visiting occasionally. After considering this plan, Harris got really excited about being single without the responsibility of full-time parenthood. So he jumped the gun a little, chatting with different women, either to start some new flings or maybe just to practice so he wouldn’t be too awkward when he became single. He even looked up suggestions for how to take advantage of his upcoming freedom by doing an online search for living child-free.

But he hit a snag when he realized that at least one of the women he was chatting with was under 18. He looked up the age of consent, hoping he was in the clear. When he realized he could be in trouble, he researched how to survive in prison, worrying about how he would make it in the slammer.

As far as the financial problems? Credit card debt, car payments, and student loans are pretty much a trinity of normal. And having a life insurance policy on Cooper? Plenty of insurance companies offer policies specifically geared for children.

As for Cooper’s death, an eyewitness said that Harris was clearly distraught when he discovered his son had died. Harris was said to have been yelling and crying at the time, which seems like an appropriate reaction for this sort of thing. Yet he’s being accused of murder. Why? Because he didn’t call 911? Of course he didn’t call 911. He could tell that the child was dead, and he knew it was his fault! Leanna’s statement at Cooper’s funeral may have been strange, but she’s not the one on trial. Justin Ross Harris can’t speculate as to why a grieving mother reacted the way she did.

And then there’s the alleged internet history relating to children dying in hot cars, Leanna’s assumption that Cooper was left in the car, and Harris saying that he dreaded how the child would look. These are not indications that they planned Cooper’s death. They’re indications that they feared that this might happen. Why would they fear this, you ask?

Maybe this isn’t the first time it happened.

Maybe they were both researching hot car deaths after Harris accidentally left Cooper in the car another time.  Maybe it happened multiple times. Maybe that’s why when he saw a video about animals dying in hot cars, he clicked on it. So he and his wife were afraid of what was a real possibility, because perhaps Justin Ross Harris isn’t very smart. After all, the guy was on his way to bring the kid to day care, instantly forgot that he had to do that, and just went straight to work. He was too busy thinking about all the women he was texting to even consider that he may have forgotten something. So call him stupid. Call him selfish, if you want someone to be mad at in the aftermath of this tragedy. But that’s very different from calling him a murderer.

Now, is any of the above true? Maybe, maybe not. But it’s certainly plausible, and that’s what matters.

Of course, that still may not be enough for Harris’ defense. Besides being charged with malice murder, he’s also being charged with felony murder. In Georgia, that means that if anyone dies as a result of the defendant committing certain felonies, they can be found guilty of murder, even if the death was accidental. In this case, Harris was charged with the felonies of Cruelty to Children in the First and Second Degrees. To be guilty of the first degree charge, a jury would have to find that Harris maliciously caused Cooper to suffer cruel and excessive physical pain.  Since this pretty much goes hand in hand with the intent necessary for malice murder, the defense is basically the same.

However, Cruelty to Children in the Second Degree only requires that Harris was criminally negligent in causing cruel and excessive physical pain. Georgia law defines criminal negligence as “an act or failure to act which demonstrates a willful, wanton, or reckless disregard for the safety of others who might reasonably be expected to be injured thereby.” That’s still a pretty big hurdle for the prosecution to jump. If they can’t establish that Harris wanted to kill his son, they’d still have to prove that he recklessly or willfully just left Cooper in the car without regard for his safety. To prove this, prosecutors would likely have to show that Harris knew he was leaving Cooper in the car in the first place. His whole defense is that this was not the case. It would be difficult to prove that Harris left Cooper in the car on purpose, even if he didn’t mean to kill him, when this goes against their whole theory of the case, which was that he wanted to kill his son.

It’s also important to remember that the defense doesn’t have to prove Harris’s innocence. The prosecution has to prove he’s guilty beyond a reasonable doubt, and it can be difficult to prove what another person was thinking. Now, the jury may not buy a story like the one I crafted here, or another story that Harris’s lawyers may put forth. But if they stop and consider that the story that the prosecution tells may not be the only reasonable explanation, Harris has a shot at the freedom he always wanted, even if it wasn’t how he planned it.

Ronn Blitzer is a LawNewz.com editor, and a former prosecutor in New York.