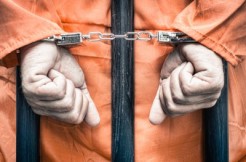 In a move meant to ease life for former inmates, the Justice Department’s Office of Justice Programs will drop the terms “felon” and “convict” from speeches, social media posts, solicitations, and their website. Assistant Attorney General Karol Mason made the announcement Wednesday in a guest post for The Washington Post.

“The labels we affix to those who have served time can drain their sense of self-worth and perpetuate a cycle of crime, the very thing reentry programs are designed to prevent,” Mason wrote.

She argued such language follows people around and hurts them, even after they’ve paid their debt to society. Instead, her office will use phrases like “person who committed a crime,” and “individual who was incarcerated.” The idea is that the person is being distanced from their prior illegal act, encouraging reintegration with society. “We, all of us, can help them by dispensing with useless and demeaning labels that freeze people in a single moment of time.”

This policy change doesn’t affect the rest of the Justice Department.

The announcement comes soon after Virginia Gov. Terry McAuliffe restored voting rights to over 200,000 felons, overturning a lifetime ban. Controversy arose, stemming from whether offenders should be allowed to vote even after they’ve served time.