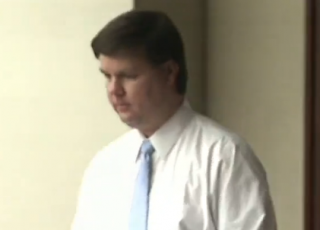 The problem with high profile cases like the Justin Ross Harris murder trial is that it’s hard to find jurors who don’t know about it. According to Atlanta’s 11Alive, every juror has said that they were aware of the case involving the death of Harris’s son Cooper, who died from the heat when left in his father’s car. This makes it difficult to find an impartial jury, as it’s hard to hear about a case like this without forming some sort of opinion.

The court is reportedly looking for as many as 50 potential jurors, and as of Wednesday, they had just 21. Some jurors, like a woman identified as Juror 31, confused attorneys by seeming to change position between filling out the questionnaire and then speaking in the courtroom. Juror 31 had written that she was not interested in serving on the jury because “I know he is guilty,” as defense attorney Max Kilgore quoted from the questionnaire. In court, however, the same juror said she could hear the case objectively. Judge Mary Staley said of the juror, “What she said on the questionnaire and what she said in court were diametrically opposed.”

Another juror seemed confused as to the very nature of the trial. She wrote in her questionnaire that she was certain of Harris’s guilt, and that the only issue was whether or not he should be executed. She apparently was not aware that this is not even a death penalty case.

Jury selection resumes on Thursday. Stay with LawNewz.com for continuing coverage of the trial.