Jury Seated in Retrial of Ohio Officer Who Killed Motorist 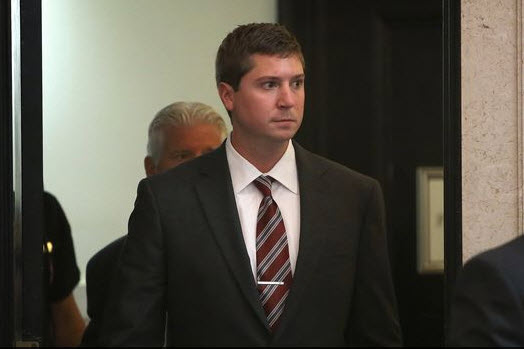 CINCINNATI (AP) — Nine white jurors and three black jurors have been selected for the murder retrial of a white former police officer in the 2015 death of a black unarmed motorist.

Soon after being seated Wednesday, jurors were taken by bus to the scene where Ray Tensing shot Sam DuBose in 2015. Tensing was a University of Cincinnati officer. He says he feared for his life when DuBose tried to drive away from a traffic stop.

His first trial ended in a hung jury last November.