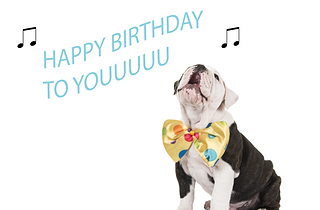 Last September, federal judge George King ruled that “Happy Birthday to You,” the iconic song sung at children’s parties everywhere daily, was not subject to copyright protection as previously thought. Now free from the grasp of music publishing company Warner Chappell, it’s free to be used by anyone, anywhere, for any purpose, with only a specific arrangement covered by the 1035 copyright previously believed to encompass the entire composition. On Tuesday, Judge King made another ruling in the case: Warner Chappell Music has to pay the plaintiffs $4.62 million in attorney’s fees.

The lawsuit, filed as a class action alleging that Warner had collected “millions of dollars of unlawful licensing fees” for decades by asserting copyright to a song that, by all rights, they had no real claim to. If you have time, the 43 page ruling is worth a look, as it provides a detailed history of the song and its copyright status. “The classic melody of Happy Birthday is the same as that of another song called ‘Good Morning To All,'” the judge wrote. That song dates back to 1893 at the absolute latest, and it’s unclear when the “Happy Birthday” lyrics first came about. The deals that established the false copyright were only for specific piano arrangements of the song, and it became fairly clear that the song’s copyright status, which kept it out of low budget movies and TV shows, for example, was largely a myth.

That takes us to Tuesday. The judge accepted the plaintiffs’ estimate of attorney fees at $3.85 million. So where does the $4.62 million figure come from? We’ll let the judge tell you:

Given the unusually positive results achieved by the settlement, the highly complex nature of the action, the risk class counsel faced by taking this case on a contingency-fee basis, and the impressive skill and effort of counsel, we conclude that a 1.2 multiplier is warranted. The lodestar cross-check serves only to further support an award of 33% of the $14 million common fund, or $4.62 million.

Nice work if you can get it.