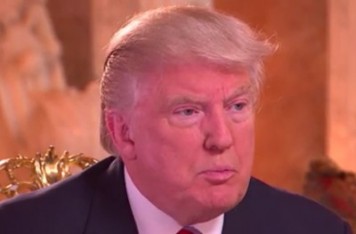 The Trump University lawsuit is back in the news this morning and so is U.S. District Judge Gonzalo Curiel, only this time it is not related to a Donald Trump insult.  Instead, Curiel will decide whether to release Trump’s videotaped deposition testimony in the case. The depositions, taken on December 10 and January 21, include testimony from Trump about how the school was run.   The majority of the written transcript of Trump’s testimony has already been released.

Plaintiff’s sole justification for doing so here is his assertion that the video of Mr. Trump’s deposition contains “many spontaneous and ad hominem remarks that are not reflected in the paper transcript.” Plaintiff’s purposed reason for offering the veto as an exhibit is wholly insufficient given that a witness’s credibility is irrelevant at summary judgement.

“A district court recently considered a similar issue relating to the video deposition of a Hillary Clinton aide on a politically charged subject and refused to release the video of the deposition because a transcript was available. There is no reason for a different result in this case,” Trump’s attorneys, including Dan Petrocelli, wrote in the court filing.

The hearing on Wednesday marks the first time Trump’s attorneys will appear before Judge Curiel since the likely GOP nominee blasted the Judge with insults back in May and June.  Trump’s comments led to a great deal of criticism from legal experts and political pundits on both sides of the aisle.