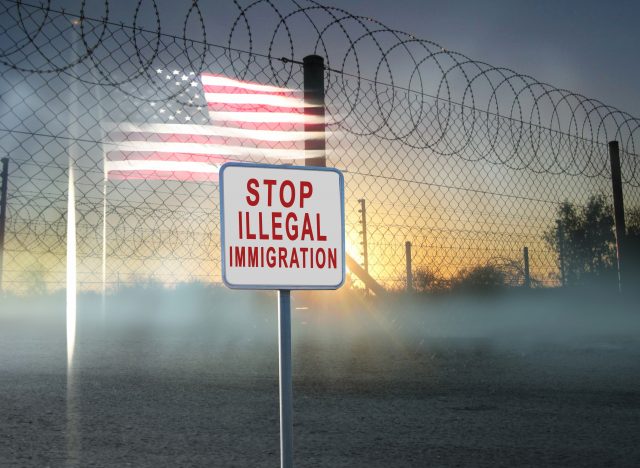 A judge just declared taxpayers must give money to a city that refuses to enforce federal immigration law while at the same time refusing to give any redress for the family of dead Kate Steinle due to that same sanctuary city policy. Judge William Orrick, a legacy of the liberal gentry whose grandfather founded one of the big corporate law firms in San Francisco, whose father also sat on the federal bench (and the left complains of “nepotism”?), and who, according to Public Citizen, bundled nearly a quarter of a million for Obama’s campaigns, blocked Trump’s executive order defunding sanctuary cities by claiming sanctuary cities’ refusal to actually enforce immigration law is an act of “immigration enforcement strategy.” This, in the city that freed the killer of Katie Steinle just before he killed her. Oh, and by the way, liberal judges in the city also said that Kate’s family can’t sue the city for the sanctuary city policy that killed her.

Already infamous for intervening on behalf of abortion advocates to prevent the public from seeing exposes of their misdeeds and his prior litigation under Obama’s DOJ of Eric Holder and Loretta Lynch fame where Orrick spent years trying to prevent Arizona and Alabama from enforcing their immigration laws, Orrick now extended sanctuary city status as a right of local governments to choose their own “immigration enforcement strategy.” That’s right — a federal judge called a city’s refusal to enforce federal immigration law a “strategy” of “immigration enforcement.” Welcome to liberal legalese: refusing to enforce the law is now an act of “enforcement” of the law.

This should come as no surprise as Orrick had an implicit conflict with Trump’s efforts. It was Orrick, at Obama’s Department of Justice, who supervised the office of immigration litigation, and fought state-level immigration enforcement efforts in Arizona and Alabama and elsewhere. In other words, the same judge who said Trump cannot dispute a local government’s immigration actions filed suit to stop Arizona and Alabama from enforcing their own local immigration actions. Welcome to results-oriented legal jurisprudence of Obama judicial appointee liberalism where legal precepts, logical consistency and historical precedent have no role, just as the life of foreign criminals now enjoy more legal protection than the citizens safety of the Kate Steinles of America.

The irony is the Supreme Court appeared to invalidate Orrick’s judicial basis for his order when it validated Orrick’s own prior litigation theory while working for Obama, as reflected in the Supreme Court’s Arizona v. United States decision. Justice Kennedy declared the federal government’s authority to govern immigration as so “broad” and “undoubted” that it “preempted” many of Arizona’s attempts to have its own local immigration enforcement strategy. The Supreme Court did not allow Arizona to pursue any “immigration enforcement strategy” as an “impermissible” intrusion on the exclusive power of the federal government, even to the degree that “even complementary state regulation is impermissible.” Anything that could be an “obstacle to the full purposes and objectives of Congress” was considered “preempted” and prohibited.  It is Congress that mandates no “state or local law” nor “state or local government entity or official” may “prohibit, or in any way restrict, any government entity or official from sending to, or receiving from, the Immigration and Naturalization Service information regarding the citizenship or immigration status, lawful or unlawful, of any individual.”  Yet, Orrick just ruled San Francisco can overrule both Congress and President Trump, and further that President Trump cannot interfere with San Francisco’s “sanctuary city” choice because the Judge claimed a right of San Francisco to its own “immigration enforcement strategy,” after the Supreme Court said no such right exists.  Then how can Orrick rule consistent with the Supreme Court? He can’t. So, no surprise, Orrick mutilates the precedent on that issue.

How can Alabama and Arizona be prohibited from actually enforcing immigration law but San Francisco, the city that freed the killer of Kate Steinle, be given federal funds for its ignoring federal immigration law? When the federal judge still thinks he’s part of the Obama administration.