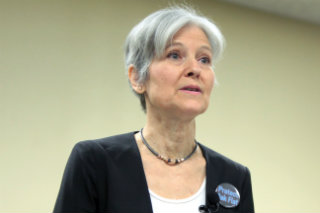 Jill Stein won’t quit. Even when she’s already gotten what she asked for. The Green Party Presidential candidate has been pushing for election recounts in key states, hoping to turn the tide in Hillary Clinton‘s favor. On Monday, Wisconsin agreed to conduct a recount, which Stein is paying for out of money she raised. However, the state’s Elections Commission refused to conduct the recount by hand, opting to let individual counties decide whether to count by hand or by machine. Now Stein is reportedly planning to sue.

In a statement obtained by Milwaukee Journal Sentinel, Stein said, “We need to verify the vote in this and every election so that Americans of all parties can be sure we have a fair, secure and accurate voting system.”

A manual recount probably isn’t feasible, though, because there just isn’t enough time. It’s already the end of November, and any recount must be completed by December 13, according to federal law. This is because the electoral college meets on December 19 to cast the official votes to elect the next President. The last statewide recount in Wisconsin was in 2011, and took nearly a month to complete.

A representative from Stein’s staff confirmed to LawNewz.com that Stein is “absolutely headed to court over this issue.” When asked about the deadline for recounts, the representative stated, “We believe a hand recount can be easily completed.”

This article has been updated with the statement from Stein’s representative.