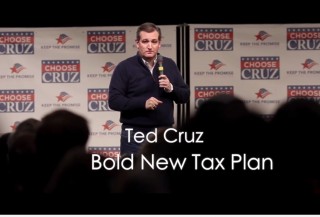 After Ted Cruz‘s big win in Wisconsin, Donald Trump immediately went on the offensive, claiming that Cruz ‘illegally’ coordinated with a super PAC to produce damaging anti-Trump ads. Under FEC rules, candidates are not supposed to directly coordinate with super PACs which are allowed to raise unlimited funds from individuals, companies, and other groups. We did some digging into Trump’s claim, and found that he may, in fact, have a case. The rules around what it means to ‘coordinate’ are murky. LawNewz.com consulted with election law experts who agree that Cruz got himself into some gray area with at least one super PAC ad in which he was featured.

When confronted Wednesday morning on MSNBC about what evidence the Trump campaign had of this so-called illegal coordination, Trump’s Senior Campaign Advisor Barry Bennett said: “They (super PAC) set up an event — paid for by the super PAC, and he (Cruz) comes and gives a speech. It’s total coordination…they then film it and turn it into commercials.”

Okay, so let’s break this down.  According to a 2011 FEC advisory opinion, Cruz is allowed to show up at super PAC-sponsored events. In fact, according to The Washington Post, the pro-Cruz super PAC Keep The Promise “has been effectively serving as an extension of Cruz’s official campaign, hosting major rallies for him from South Carolina to Utah. The senator from Texas appears at the events as a ‘special guest.'”  As we said, that is allowed. Nothing is illegal. In fact, the FEC website says: “The Act and Commission regulations state that federal candidates and officeholders may not solicit non-federal funds, but may attend, speak at, or be a featured guest at fundraising events where non-federal funds are being raised.”

However, where Cruz entered into some muddy water is the allegation that “(the super PAC) then filmed it and turn it into a commercial.” Under federal regulations, super PACs can’t exclusively videotape interviews with the candidate that they are promoting. For example, Ted Cruz would be barred from scheduling a video shoot with a super PAC for an ad they plan to air in New York. That would be coordinating. So now, the interesting legal question for Cruz’s case, can the super PAC use footage and sound from Ted Cruz at one of their events in a campaign ad? He’s allowed to be at the event, but can they film it and then use it as an ad?  Does that count as violating the rules? The answer is: we don’t know, it could be.

“This activity arguably falls into the gray area — it’s unclear how the FEC rules would apply to this political advertising strategy,” Paul Ryan with the non-partisan Campaign Legal Center told LawNewz.com. Here’s an example of an ad featuring Ted Cruz that appears to be shot at least partially shot at a Keep The Promise super PAC event:

To be clear, election experts we consulted for this story agree that the FEC has not determined whether what Cruz did is legal or not. An official from the FEC told LawNewz.com that this isn’t something that Commission has ever addressed. It is definitely a murky area.

“Sham (super PAC) events could be used as a way of getting around the coordination rules,” Ryan said, noting, though that the FEC guidelines on coordination are very lenient, and ‘woefully inadequate.”

Now, it’s not clear when the footage from the super PAC-sponsored event was shot, or who shot it. Keep The Promise has not returned an email asking for their response to this story. Neither has Ted Cruz.  In order to violate coordination rules, there is a three prong test. One of the elements prohibits “material involvement of candidate or party or the agents of either in the development or dissemination or the communication.”

“What used to be a black and white line between the super PAC and the campaign is totally merging into some kind of fuzzy middle. It’s got to be stopped,” Bennett, Trump’s Senior Campaign Advisor said.

In order to find out for sure whether or not Ted Cruz violated the law, the Federal Election Commission would have to issue an opinion. But what can be said, is the super PAC entered into some uncharted waters in a post-Citizens United campaign season, where cash-infused super PACs can heavily influence the election.

“Donald Trump’s first instinct when he loses is to blame someone else. Ted Cruz soundly beat Trump in Wisconsin, so Trump responded by lashing out. It is obvious Sen. Cruz is gaining momentum and is on a strong path to the nomination.

“It is unbecoming for a presidential candidate and his surrogates to continue to make ridiculous accusations. We will unceasingly work to elect Senator Cruz as president while continuing to follow all applicable laws.”

Legal counsel at Keep the Promise I released this statement:

In general, we (the PAC)  can film any candidate, anywhere that is a public forum, or where we are otherwise allowed to make a film.  We don’t arrange with the candidate to make the film, or discuss how it will be used, if it is used at all.  It is like a tracker from a rival campaign showing up to film an event in the hope that they catch a candidate in an awkward moment.  I do note that to the best of my recollection Democratic Super PACs have featured President Obama and Secretary Clinton in their ads.  In my view it isn’t very murky—if you arrange with the campaign to shoot a certain ad with a certain message you have engaged in illegal coordination.  On the other hand, if you film a candidate at an event he is allowed to be at, and then use that video as you see fit, it is perfectly legal.