It Sure Sounds Like President Trump Tried to Blackmail Joe and Mika, but Legally? Not So Much 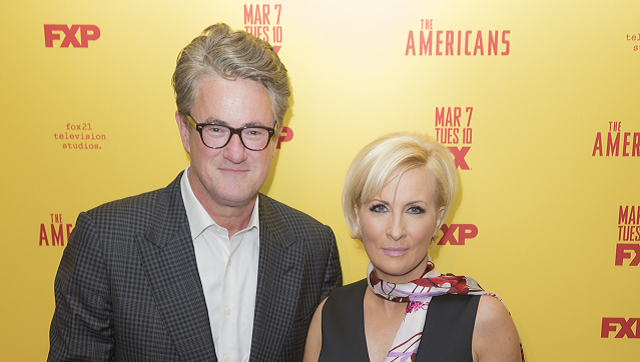 MSNBC hosts Joe Scarborough and Mika Brzezinski have accused President Donald Trump of holding a supposedly damaging tabloid story over their head unless they apologized to him for how they’ve covered him on their show, “Morning Joe.”As the story goes, White House staff told them that there was an impending National Enquirer story involving them, and that if they called Trump and apologized, he’d make sure the have the story squashed.

This revelation has sparked talks of blackmail, but what is the legal definition of blackmail?

The federal statute for blackmail says:

Whoever, under a threat of informing, or as a consideration for not informing, against any violation of any law of the United States, demands or receives any money or other valuable thing, shall be fined under this title or imprisoned not more than one year, or both.

As you can see, this doesn’t quite fit the allegations against Trump here. Mika and Joe aren’t claiming that Trump wanted anything from them other than an apology, and he certainly wasn’t threatening to inform against any violation of the law on their part.

What could apply here though, is extortion. For that, federal law says:

Whoever, being an officer, or employee of the United States or any department or agency thereof, or representing himself to be or assuming to act as such, under color or pretense of office or employment commits or attempts an act of extortion, shall be fined under this title or imprisoned not more than three years, or both

Presidents are often not covered by statutes regulating federal employees in general, but even if this statute does apply to the President, it’s unclear whether extortion under that law includes non-monetary demands like apologies.

However, a look at the state law in New York, where Joe and Mika are based, has something a little more on point. Coercion in the second degree is defined as:

when [someone] compels or induces a person to engage in conduct which the latter has a legal right to abstain from engaging in, or to abstain from engaging in conduct in which he or she has a legal right to engage … by means of instilling in him or her a fear that, if the demand is not complied with, the actor or another will …

Expose a secret or publicize an asserted fact, whether true or false, tending to subject some person to hatred, contempt or ridicule; or

… Perform any other act which would not in itself materially benefit the actor but which is calculated to harm another person materially with respect to his or her health, safety, business, calling, career, financial condition, reputation or personal relationships.

This basically makes it a crime for someone to compel a person (like Mika or Joe) abstain from doing something legal (like badmouth the President on TV), by instilling fear that they could publicize something that could harm their reputation (like a National Enquirer article).

That sounds an awful lot like what Mika and Joe are accusing Trump of doing, with one small nuance. The President could try to argue that he wasn’t going to push for the article to be published if they didn’t apologize; the article was set to run independent of him. He’d then argue that all he was doing was offering to stop it. Of course, a jury might not buy that argument.