Is There Enough Evidence to Arrest Orlando Shooter’s Wife? 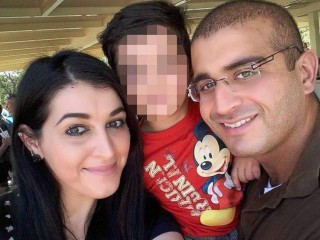 While authorities continue to investigate the shooting that took place early Sunday morning at the Pulse nightclub in Orlando, U.S. Attorney Lee Bentley told the press on Wednesday that it is unknown at this time whether any charges will be filed. Since the main suspect in the attack is dead, it remains to be seen whether the FBI’s investigation will result in anyone else being identified as responsible for the attack.

Based on what we already know, however, I believe, there could potentially be enough evidence to support probable cause for arresting the shooter’s wife, Noor Salman. However, I think the FBI would have a hard case, based solely on what has come out publicly.

According to CNN, Salman told investigators that she was aware that her husband wanted to carry out an attack. She also admitted to visiting the nightclub with him in the past, and going with him to purchase ammunition.

While no one is accusing Salman of actively carrying out the attack herself, that doesn’t necessarily matter. Both Florida and federal statutes say that anyone who “aids, abets, counsels” or procures the commission of an offense is treated the same as the person who committed the act. By going with her husband as he acquired a gun and visited the building that he later attacked, possibly to case the place, Salman may be guilty of aiding and abetting, especially if she was the one driving.

In addition to being charged for her husband’s offense for the reason described above, Salman could also face a conspiracy charge. Federal law says that if two people conspire to commit an offense, and just one of them engages in an act to carry it out, each of them can be found guilty of conspiracy.

There is also the federal statute against what is known as “misprision of a felony.” This says that someone with “knowledge of the actual commission of a felony cognizable by a court of the United States,” who “conceals and does not as soon as possible make known the same to some judge or other person in civil or military authority” is guilty of misprision. Salman has acknowledged that she knew her husband wanted to carry out an attack, but she did not alert authorities.

Of course, having enough evidence to arrest someone and having a strong enough case to convict them are two very different things. At this point in time, we just don’t know what Salman knew, or what she was thinking. Did they conspire together, or did she simply remain silent while he planned everything himself? She claims she knew her husband wanted to commit an offense, but did she know that at the time she went with him to buy a gun? When she went along with him to Pulse prior to the shooting, did she know or even suspect that the venue would be his target? If she was aware of these things, did she accompany him voluntarily? As far as misprision, while Salman said she was aware of her husband’s general intentions, she claimed she did not know specific details as to when or where the attack would occur.

One of the first things I learned when it comes to cross examining a witness, is never ask a question if you don’t already know the answer. So far, it looks like there are too many unanswered questions in this case. The FBI is not in the business of losing, and they’re not going to arrest someone unless they believe there is a strong chance that it will result in a conviction. So they’ll continue digging until they can either confidently move forward, or determine that there is no case.

For now, the investigation continues.