Is Louis CK About To Become The Next Harvey Weinstein? 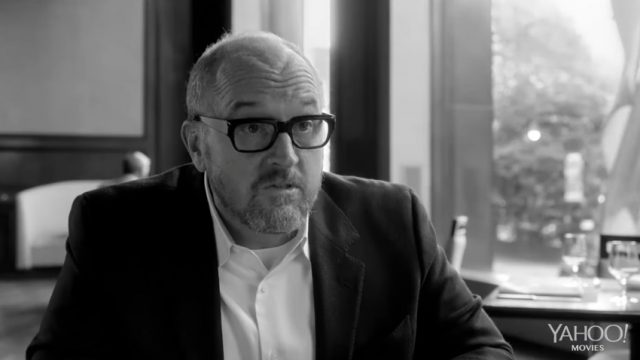 The premiere of comedian Louis CK‘s controversial film about his character’s under-age daughter has been shelved–apparently in anticipation of a New York Times story about CK’s alleged sexual harassment of multiple women over the course of the past 15 years.

The Times reported on a host of rumors that have long-circulated about CK within the stand up comedy community and have occasionally been reported by the outlying edges of the nation’s news media.

Those rumors largely focused on allegations that the beloved comedian liked to force female comics to watch him masturbate–against their will. Gawker first reported on those allegations in 2012 and again in 2015.

The pair declined to go to the police. They opted to tell others in the stand up community and shame CK instead. But then, after they began to tell people about the incident, CK’s manager, Dave Becky, allegedly began to exert pressure to keep them quiet.

Krystyna Hutchinson, NYC-based stand up comedian and co-host of the popular comedy podcast, “Guys We Fucked” spoke with LawNewz about the allegations. She said:

I only know of the stories that have been circulating in the comedy community. But I always wondered when the day would come that the media makes a story out of it. Glad all this shit is coming to the surface so that people who commit sexual assault know there will be consequences.

Louis CK, for his part, has repeatedly declined to respond whatsoever.

Editor’s note: The author worked with Leah Finnegan at the Daily Texan while both attended the University of Texas at Austin.