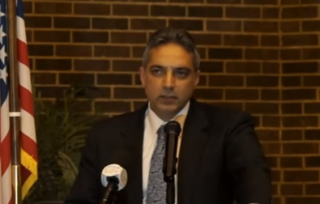 After a trial in federal court, a jury convicted Illinois immigration attorney Robert DeKelaita on Monday for providing false information to the Department of Homeland Security in order to get asylum status for clients, the Department of Justice announced. DeKelaita submitted fake documents and had clients lie about suffering persecution in Middle Eastern countries in order to come to the U.S.

The trial revealed that from roughly 2000 to 2011, DeKelaita submitted asylum applications containing lies about rape, murder, torture, and religious persecution. The court also found that clients of DeKelaita lied during interviews with immigration authorities. Several of these applications resulted in his clients not only coming to the U.S., but eventually becoming citizens.

DeKelaita, who was convicted of conspiracy to commit asylum fraud, knowingly offering false statements in an asylum application, and procuring perjury during asylum interviews, faces up to 35 years in prison. His sentencing hearing is set for August 3. Two of his interpreters were also charged. One, Adam Benjamin, pleaded guilty to a conspiracy charge last year, and the other, Yousif Yousif, is scheduled for a trial in August.