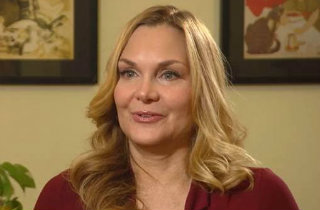 If Donald Trump follows through on his promise to sue his sexual assault accusers, one woman, Jill Harth, vows to counter sue, and subpoena his business and personal records. Harth is among the 11 women who have come forward accusing Donald Trump of groping and inappropriately touch them.

“Trump’s calling me a liar again yesterday only strengthens my resolve to speak the truth about what he did to me. If he sues me, I know the truth is an absolute defense, and I will counter sue for the emotion hurt and lost income his attacks have caused me,” Harth said in a statement.

As we first reported in February, Harth who then went by Jill Harth Houraney filed a lawsuit on April 25, 1997. Harth, who worked with Trump on business deals, alleged that Trump engaged in hostile and offensive sexual behavior towards her from 1992 to 1997 including “groping” her under her dress on several occasions, “forcibly” moving her to his daughter’s bedroom in an attempt to have sex with her, and repeatedly, aggressively and inappropriately propositioning her for sex. She called it “sexually abusive.” Since, Trump has run for office, Harth has come out to various media outlets to re-tell her story. LawNewz.com‘s  July interview with Jill is posted above.

Harth is represented by high profile Los Angeles based attorney Lisa Bloom who promises to move forward with a lawsuit if Trump sues Harth.

” In that lawsuit, I would take the deposition of Trump and all of his enablers, and subpoena his business and personal records as well as any recordings that may exist in which he brags about sexual assault, such as the Access Hollywood recording, and potentially The Apprentice footage,” Bloom said in a statement

“Every woman lied when they came forward to hurt my campaign. The events never happened… All of these liars will be sued after the election is over,” Trump stated at a rally in Gettysburg, Pennsylvania.

LawNewz.com founder Dan Abrams said he believes there is little chance that Donald Trump will actually follow through on his promise to bring suit.

“I think it’s much more likely that they will sue him then he will sue them. He’s calling them liars. We’ve seen that happen in the Bill Cosby case for example,” he said.