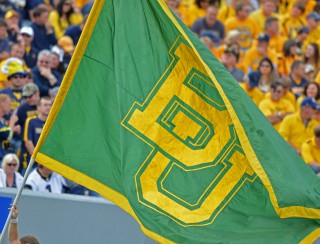 Since the Baylor sexual assault scandal and the firing of former head coach Art Briles, many athletes who had committed to play for Baylor University’s football team have begun to reconsider that decision. In fact, 7 Baylor recruits requested to be released from their National Letters of Intent according to a recent ESPN report.  And this is not entirely uncommon. Across the country, many athletes have had second thoughts about their decision to attend certain colleges and universities. One thing is stopping them from fully committing to another school: the National Letter of Intent.

Similar to early decision for non-athletes, an athlete enters into an agreement with the school that they will no longer look anywhere else nor will they contact athletic representatives from any other institutions. Christian Dennie, a prominent sports attorney at Barlow, Garsek & Simon LLP told LawNewz.com that the NLI is a binding mechanism that ties a student-athlete to an institution. Unless released by the institution or another exception, student-athletes are bound by the terms of the NLI or face the loss of one year of competition.  The NLI process and mechanism is still very important to institutions. The NLI provides a tremendous benefit to the schools that sign their athletes, but can often trample on the needs and desires of athletes.

Like in the Baylor scandal, different issues may arise that would cause people to opt out of their NLIs. However, it is becoming increasingly difficult to gain a release from the NLI. According to the National Letter of Intent website, “A student will lose one season of competition in all sports upon enrollment at another NLI member institution.” When an athlete attempts to be released from their NLI, the appeals process can take up to 8 weeks and may be denied by the institution the student wishes to leave. This process can result in the athlete being forced to attend a school regardless of previous scandals or coaching changes.

The question becomes, why do student athletes sign these National Letters of Intent and why do they opt into this system? The answer is that in order to play college sports and receive financial aid, they have to. Institutions like Baylor force their athletes to sign these documents because they want them to come to their school and make money for them through their athletic abilities. For most institutions, these athletes are commodities and render them a service that nets revenue in the hundreds of millions.

The legality of this issue has received much debate.  The Northwestern football team attempted to unionize in 2015 in order to get paid by the University that was profiting off of them.  In addition, the University of Texas set aside nearly 6 million dollars to pay players following a ruling in the trial of Ed O’Bannon, a former UCLA basketball star who sued the NCAA over using his likeness in a video game. The National Letter of Intent forces the athletes into this system where colleges are able to profit off of their athletes without paying them.

The National Letter of Intent forces 17 and 18 year old athletes to sign away their athletic abilities to a certain school. This process occurs regardless of what may happen after they sign. Since the appeal process is so long and drawn out, these athletes may lose their ability to play their sport for years, which can have effects on the athlete’s mental health and academic performance. The National Letter of Intent guarantees an institution the athlete they want, but gives little heed to what an athlete wants or needs when he or she heads off to college.