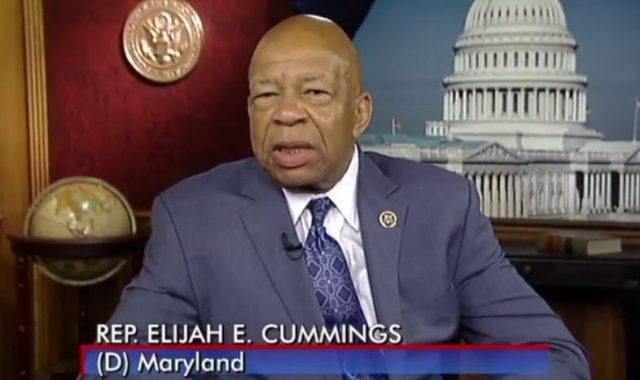 Specifically, the letter asks for the names of any individuals who cast prohibited votes, the date and polling location of the vote, the reason why it was prohibited, and if they were prosecuted, what the result was.

The letter is a reaction to President Donald Trump‘s claim that millions of illegal votes were cast in November, even though he won. Democrats have railed against these claims, saying they are based on debunked data, and now they are looking for hard facts to prove Trump wrong.

.@RepCummings: #Trump continues to be obsessed with false numbers and statistics, but these are not #alternativefacts. There is no evidence.

“President Trump wants a major investigation of voter fraud — well now he has one,” Cummings said in a statement posted by House Oversight Committee Democrats on Medium.com. “He continues to be obsessed with false numbers and statistics, but these are not ‘alternative facts,’ and there is no evidence to support these claims.” What is real, Cummings said, is that Republicans across the country have used voter fraud as an excuse to pass laws that hinder legal voters from casting their ballots. “We should be expanding the ability of legitimate voters to exercise their rights — not degrading them,” he said.

Clyburn expressed concern for what Trump’s challenge of the election result means for the credibility of the voting process, and is confident that the Democrats’ quest for information will put an end to any controversy. “President Trump’s bizarre obsession with disputing his massive popular vote loss only further undermines American democracy. This investigation seeks to determine whether there is any basis in fact for those claims.”