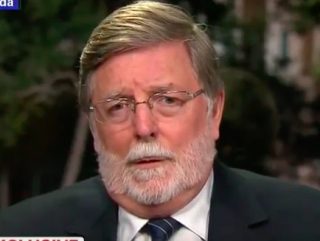 Court records filed Monday indicate that attorney Cheney Mason has signed on to represent ‘Jane Doe’ in her lawsuit against Donald Trump. Doe says that Trump raped her when she was 13 years old in the 1990’s. On Friday, Federal Judge Ronnie Abrams ordered a December 16th status conference hearing. She’s asked for both sides to provide information that could assist the court in advancing the case to settlement or trial.

Mason, who is now representing Doe, is a Florida-based attorney, who has represented a number of high profile people, including Casey Anthony. Anthony was acquitted of murdering her 2-year old daughter, who went missing in 2008.  Mason’s office confirmed he is now representing “Jane Doe” along with New Jersey attorney, Thomas Meagher.

This is the third attempt the plaintiff has made in filing this particular lawsuit. Several weeks ago, she  filed an amended complaint, with a new “witness” named “Joan Doe.” The plaintiff and witnesses in the case are using pseudonyms, they say, to protect their identities.

The complaint alleges billionaire convicted pedophile Jeffrey Epstein had a woman pickup teenage girls for his famous parties. One of these girls was “Jane.” Another witness, “Tiffany,” who also provided an affidavit in the lawsuit, said she witnessed Trump and Epstein rape the plaintiff several times. Trump has repeatedly denied the allegations.

“As I have said before, the allegations are categorically untrue and an obvious publicity stunt aimed at smearing my client,” Alan Garten, Trump’s attorney, told LawNewz.com for a previous story, “In the event we are actually served this time, we intend to move for sanctions for this frivolous filing.”

Judge Ronnie Abrams (who happens to be the sister of LawNewz.com founder Dan Abrams) scheduled a status hearing for December.