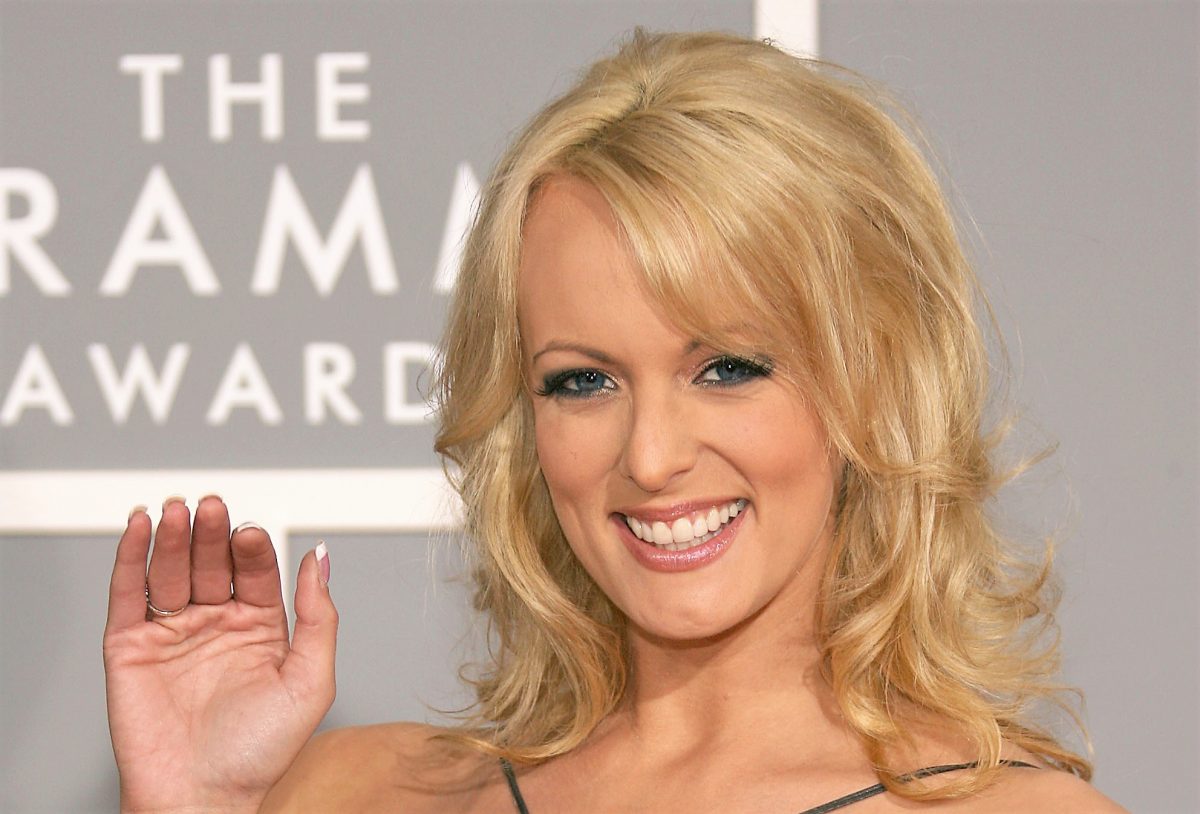 About a week after adult film star Stormy Daniels (real name Stephanie Clifford) filed a lawsuit over her agreement to keep quiet about an alleged affair between her and President Donald Trump, she already appears to be willing to drop it. Normally, when people offer to settle cases that they brought, it’s in exchange for cash, but here it’s Daniels who is offering to pay up.

The lawsuit claims that her non-disclosure agreement was never valid because Trump never signed it, even though he was named as a party to the agreement. A copy of the agreement showed that Trump, who was referred to under the pseudonym David Dennison, never signed, but his attorney Michael Cohen, who was also named as a party, did. Daniels did accept $130,000 in exchange for her silence, but now she’s saying she’s willing to give it back in order to talk.

Despite Cohen’s claim that he was never reimbursed for the payment, it’s highly unlikely that he or Trump would accept this offer. Why would they? If Cohen was willing to pay six figures in exchange for silence in the past, it’s hard to imagine why he would now suddenly agree to call the whole thing off, when as far as he’s concerned, he has Daniels locked into an agreement. Cohen and Trump want this to go away not throw gasoline on it in the form of dollars.

Daniels’ willingness to actually pay money in order to get around arguing her case in court may indicate that she does not have much faith in her ability to win her lawsuit. After all, even if Trump didn’t sign, there were still two parties to the agreement who did sign. Also, there’s an argument to be made that a written contract wasn’t even necessary to begin with.

Typically speaking, in order for a valid contract to exist, all you need is an offer, an acceptance of the offer, consideration (typically payment or a promise of performance), and a mutuality of obligation (meaning both sides have to do something). Often, there is no need for anything to be in writing in order for a contract to be valid.

The requirement for a written contract falls under what is known in the legal world as the Statute of Frauds, which lists the kind of contracts need something in writing in order to be enforceable. Different states have their own versions of the statute of frauds. According to Stormy Daniels’ lawsuit, her contract with Cohen was negotiated, at least mostly if not entirely, in California. California’s statute of frauds lists which types of situations require a written contract, including a promise to answer for a debt, several situations involving real estate transactions, loans or credit in excess of $100,000, an agreement where performance is to be done after the promisor dies, and agreements where performance is “not to be performed within a year” of the agreement being made.

That last part might stand out as applying to Daniels’ situation, since it’s been more than a decade since the contract was signed, and Cohen claims that it’s still binding. Nevertheless, a 1998 Cornell Law Review article dealing with agreements for silence says that the statute of frauds may not apply here after all. Professor Alan Garfield wrote, “a contract that contained a commitment to keep quiet for an indefinite period would probably not fall within the Statute of Frauds.” Garfield argues that “[b]ecause the party who committed to keeping quiet could die at any moment and thus complete his performance, the contract would be performable within one year of its creation.”

Garfield notes that while a contract requiring three years of silence would need to be in writing, one that requires indefinite silence might not. That means that Cohen might not need any written contract to keep Daniels quiet. The fact that they do have a written contract that he and Daniels signed is evidence that there was an agreement between the two of them. We also know that Daniels received the agreed-upon payment.

That means that even though the contract they used called for Trump to sign and he didn’t sign it, it might not matter, because Daniels would be bound by her agreement with Cohen even he hadn’t put anything in writing. The fact that Cohen and Daniels both signed something just shows that they had agreed upon something before they signed.

This potential weakness in her case could very well explain why Daniels is now suddenly seeking an alternative means of escaping her obligation, including giving up all the money she got in the first place. Then again, she may be doing it because at every legal turn, it seems she has little to lose unlike Cohen and President Trump.