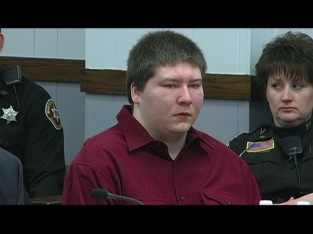 A federal judge on Friday granted Brendan Dassey’s petition for writ of habeas corpus, ordering the state of Wisconsin to release him from custody within 90 days, unless they decide to retry him.  Although, absent a successful appeal of the ruling, it is all but certain Dassey will be released from custody.  This is because Federal Magistrate Judge William E. Duffin found the then-teenager’s confession was involuntarily obtained in violation the Fifth and Fourteenth Amendments. Without the ability to use that confession, it is doubtful the state has sufficient evidence to bring charges against Dassey for the death of Teressa Halbach.

So, why did Judge Duffin find Dassey’s confession was involuntary?

First, Judge Duffin explains “subtle police pressures such as a false promise of leniency may render a confession involuntary. If a confession is the product of ‘deceptive interrogation tactics that have overcome the defendant’s free will,’ the confession is involuntary” (internal citations omitted).  He adds, it is important to consider the “totality of all the surrounding circumstances—both the characteristics of the accused and the details of the interrogation” when making a voluntariness determination.

An important factor in considering the totality of the circumstances surrounding a confession is the reliability of the confession.  On this point, Judge Duffin found nearly all of the details Dassey provided in his confession could have been obtained from media sources or from the investigators themselves, feeding information to him.  Yet, as Judge Duffin explains, the “court’s doubts as to the reliability of Dassey’s confession are not relevant considerations in the assessment of whether Dassey’s confession was constitutionally voluntary.”

Thus, Judge Duffin then turned to analyze other circumstances surrounding Dassey’s confession, with a particular focus on the conduct of investigators and Dassey’s intellectual deficits.  While highly critical of the investigators conduct, the court made a point not to “ascribe any ill motive to the investigators.”

Judge Duffin explained, “Rather than an intentional and concerted effort to trick Dassey into confessing, what occurred here may have been the product of the investigators failing to appreciate how combining statements that they already ‘knew everything that happened’ with assurances that Dassey was ‘OK’ and had nothing to worry about collectively resulted in constitutionally impermissible promises.”

The court then concluded:

Especially when the investigators’ promises, assurances, and threats of negative consequences are assessed in conjunction with Dassey’s age, intellectual deficits, lack of experience in dealing with the police, the absence of a parent, and other relevant personal characteristics, the free will of a reasonable person in Dassey’s position would have been overborne. Once considered in this proper light, the conclusion that Dassey’s statement was involuntary under the totality of the circumstances is not one about which “fair minded jurists could disagree. Consequently, the court finds that the confession Dassey gave to the police on March 1, 2006 was so clearly involuntary in a constitutional sense that the court of appeals’ decision to the contrary was an unreasonable application of clearly established federal law.

Finally, Judge Duffin also made a point to recognize the rarity and significance of this ruling.

He wrote, “While the circumstances for relief may be rare, even extraordinary, it is the conclusion of the court that this case represents the sort of ‘extreme malfunction in the state criminal justice system’ that federal habeas corpus relief exists to correct.”