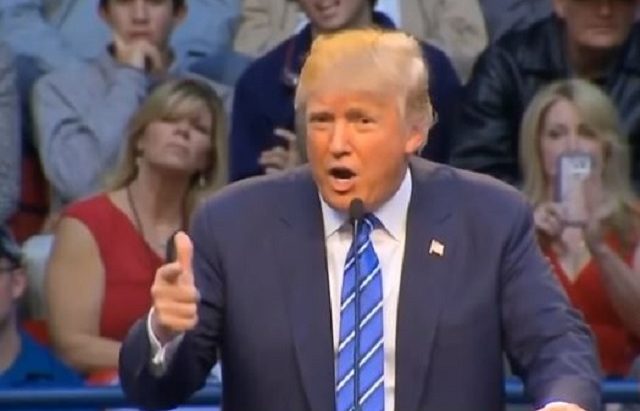 There have been plenty of shake-ups in the Trump administration in the six months and change since Donald Trump took office. There was the early exit of Michael Flynn as National Security Adviser, and more recent exits such as now-former Press Secretary Sean Spicer and ex-Chief of Staff Reince Priebus. But there’s another name that could very well be added to the list if President Trump feels like dusting off his old catch phrase, “You’re fired!” That person is Kathleen McGettigan.

McGettigan is the acting Director of the Office of Personnel Management (OPM). The OPM is the body that issued a memo in 2013 that said that the federal government could subsidize health insurance premiums for members of Congress, as well as their staff members. Over the weekend, President Trump appeared to threaten ending these benefits if Congress couldn’t pass a new healthcare bill.

If a new HealthCare Bill is not approved quickly, BAILOUTS for Insurance Companies and BAILOUTS for Members of Congress will end very soon!

There’s just one problem. As OPM giveth, only OPM can taketh away. That means that while the Trump administration can indeed revoke these Congressional benefits, it has to come from McGettigan, a holdover from the Obama administration. Prof. Joshua Blackman said if Trump really wants to do this and McGettigan doesn’t feel like going along with the plan, POTUS could find someone who will and remove her.

5/ Currently OPM is headed by Obama appointee. She will have to revoke the memo. Or get fired. https://t.co/z4apoahd6y

Blackman also tweeted an old blog post of his that points out that while normally if a federal official leaves, the next person in line generally steps up and assumes their role, the Federal Vacancies Reform Act of 1998 lets the President name the successor if he so chooses. So, if push comes to shove, Trump can fire McGettigan and install someone else who will carry out his wishes and revoke the Congressional benefits.

Note: This article has been updated with a clarification from an OPM spokesperson saying that McGettigan was not an Obama appointee.