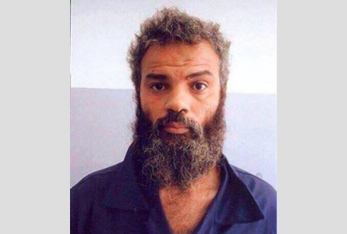 The House Select Committee on Benghazi issued its long awaited report on Tuesday morning.  While most media reports are focused on the same dozen or so talking points, LawNewz.com is taking a deeper look into the report in an effort to uncover significant, but less discussed topics.  One such topic involves Abu Khattala, the only person arrested in connection with the attacks, and his alleged involvement in the attack. The episode brings to light the troubling fact that members of the State Department approved security may have been in on the attack.

After the initial assault on the Benghazi Mission compound that resulted in the deaths of Ambassador Christopher Stevens and State Department information management officer Sean Smith, a small team consisting of CIA personnel and Department of Defense (DoD) special operations forces (“Team Tripoli”) left the relative safety of a base in Tripoli in an attempt to aid those under attack in Benghazi.  Team Tripoli was led by GRS member Glen Doherty and they went to the Tripoli airport where they secured private air transportation into Benghazi within one hour of learning of the attack.

Team Tripoli arrived in Benghazi at 1:30 a.m. local time, but they were held up at the airport for approximately three hours as they attempted to negotiate transportation to the CIA Annex.  The militia they negotiated with was known as Libyan Shield — referred to by one Team Tripoli member as the “less bad” transportation options.  The Libyan Shield militia was supposed to be a State Department approved “friendly” militia, however, testimony from witnesses on the ground that night tells a much different story.

At 4:30 a.m., Team Tripoli was finally able to leave the airport, having secured transportation to the CIA Annex from the “less bad” militia.  The plan when Team Tripoli left the airport was to evacuate approximately 14-nonessential personnel back to the Tripoli and to reinforce the GRS team already at the Benghazi CIA Annex until further notice.

At 5:05 a.m. Team Tripoli finally arrived at the CIA Annex and they took the Libyan Shield sub-commander inside with them, thinking it would cause his men to remain in position outside the base.  However, within minutes of Team Tripoli’s arrival the CIA Annex came under attack again by small-arms fire and six 81-mm mortars.

A Team Tripoli member testified that after the first mortar round hit near the perimeter wall, they noticed the Libyan Shield convoy was already driving away — without their sub-commander.  The team member also testified that the sub-commander expressed his belief that the hold up at the airport was intentional so that attackers had time to set up an ambush.  The fact that the convoy left prior to the mortar attack also suggests that members of the “friendly” State Department approved militia were in on the attack.

This is supported by testimony of another witness who testified that the Libyan Shield convoy departed just prior to the mortar attack at the direction of Wissam bin Hamid, the overall commander of the Libyan Shield militia.  That witness also testified that bin Hamid was seen standing next to Abu Khattala during the earlier attack on the Special Mission compound that killed Ambassador Stevens and Sean Smith.

Abu Khattala was captured by U.S. special operations forces in a 2014 raid and is the only person in custody in connection to the Benghazi attacks.  In the aftermath of the attacks, Wissam bin Hamid has emerged a central figure in the jihadist movement in eastern Libya.