What’s Supposed to Happen After Supreme Court Justice is Nominated 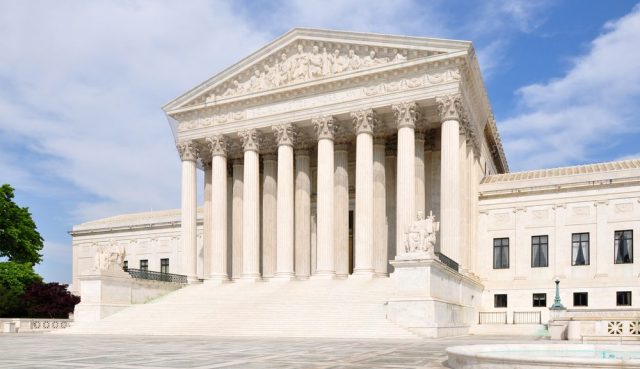 The first step after a President nominates a potential Supreme Court justice is that the nomination goes to the Senate Judiciary Committee. The Committee then performs research on the candidate, including having them fill out a questionnaire and the nominee meeting with Senators. Merrick Garland went through this process after his nomination, but that’s as far as he got.

After the Judiciary Committee vote, assuming they vote in favor of the nomination, the nomination goes before the Senate to officially confirm the nominee as a Supreme Court justice. While Senate confirmation of other government officials requires a simple majority vote, when it comes to the Supreme Court, it’s a little different. A challenge can be made to the confirmation that would require 60 Senators to vote in favor of the nominee. Since there are currently less than 60 Republicans in the Senate, this could result in a Democratic filibuster that would block the nomination.

Of course, it is within the Senate’s power to change the rules before it gets to that. The Senate rules can be changed if a simple majority elects to change them. Former Senate Majority Leader Harry Reid did this in 2013, when he led Democrats to eliminate the filibuster possibility for all Presidential nominations except Supreme Court picks. Now that Republicans control the Senate, current Majority Leader Mitch McConnell could do the same now to make it so SCOTUS picks cannot be blocked by a filibuster. McConnell has indicated that he is not a fan of this option, despite urging from President Trump, but he hasn’t ruled it out.