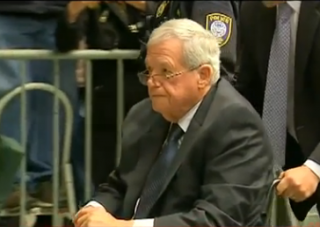 Former Speaker of the House Dennis Hastert will not be appealing his 15-month prison sentence for illegal bank withdrawals, his attorney, Thomas Green told the Chicago Sun-Times. Hastert had allegedly made the bank withdrawals in order to pay off several men who accused him of sexual abuse when they were younger. Judge Thomas Durkin sentenced Hastert at a hearing in April, calling him a “serial child molester.” Hastert admitted the abuse at the hearing.

Judge Durkin’s sentence also requires Hastert to go through a sex offender treatment program, pay a $250,000 fine, and be under supervised release for two years after he completes his prison term.

After the sentencing hearing, Green said about Hastert, ““He takes sole responsibility for this tragic situation and deeply apologizes to all those affected by his actions,”