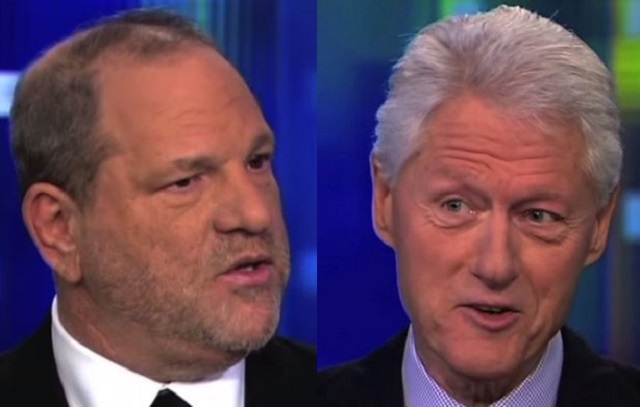 As if all of the current accusations of sexual harassment and assault against him weren’t enough, Harvey Weinstein is also linked to a prominent sex scandal from decades ago. It turns out that back in the 90s, when President Bill Clinton was dealing with accusations that he lied about sexual activity with Monica Lewinsky, Weinstein and his checkbook were there for him.

Back in 1998, The Washington Post reported that a number of Hollywood figures donated to Clinton’s legal defense fund at the time, with Harvey Weinstein listed among them as donating $10,000 the legal maximum. The fund was started by Clinton friend and former Arkansas Senator David Pryor.

Weinstein wasn’t the only known figure to give the max (Tom Hanks, Barbra Streisand, Michael Douglas, Ron Howard, and Jeffrey Katzenberg, are among others), but recent allegations against him could indicate why he was sympathetic to another man accused of using a position of authority to have a sexual encounter with a younger woman.

Hillary Clinton has said that donations she has received from Weinstein would be donated to charity, and that she is “shocked and appalled by the revelations” of his alleged behavior. In the meantime, Clinton Foundation officials have said that they will not return donations from Weinstein. They said in a statement, “We are a charity. Donations, these included, have been spent fighting childhood obesity and HIV/AIDS, combatting climate change, and empowering girls and women, and we have no plans to return them.”