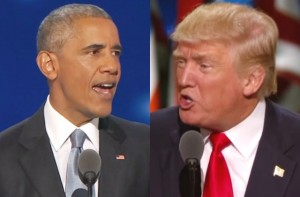 President Donald Trump has come under significant fire for asking for a “major investigation” into voter fraud. In a statement posted to Twitter Wednesday morning, Trump said he wanted to look at voter problems “including those registered to vote in two states, those who are illegal, and even those registered to vote who are dead (and many for a long time). Depending on results, we will strengthen up voting procedures.”

As a legal website, we wanted to know, can Trump just order this type of investigation? Does he even have this kind of power? We checked in with election law expert Rick Hasen who pointed out that, yes, this is legally allowed. In fact, President Barack Obama did something quite similar after the 2012 election, when he set up a commission to look into voter problems including long lines and also to increase voter participation. Interestingly, at the time, the effort received criticism from both the right and left. Conservatives viewed it as an overstepping of Obama’s authority. They believed investigating election issues such as these should be left to the states, not the federal government.

In March 2013, Obama issued an executive order to promote the efficient handling of federal elections. The order set up a commission with leading election experts to identify best practices and make recommendations to promote the efficient administration of elections. One of the issues that the commission tackled? Problems with voter registration inaccuracies. The same kind of inaccuracies that Trump is griping about. In fact, the commission’s final report found that improving the accuracy of registration polls would “expand access, reduce administrative costs, prevent fraud and irregularity, and reduce polling place congestion leading to long lines.” Although the study was mostly focused on ways to improve access to the polls and reduce lines, many of their key recommendations included improvements to voter registration:

The report also found that many local election boards had dated and antiquated technology and problems finding new technology that was in compliance up with federal, state, and local election laws. So, as pundits talk about Trump’s unprecedented call for an investigation, this is interesting to keep in mind. Clearly, Obama’s effort had a much different focus.  In setting up the commission, Obama never indicated there was a widespread problem of voter fraud. Nor did the ultimate report find anything close to that occurring.