Guess What Teenage ‘Dr. Love’ Was Arrested For This Time 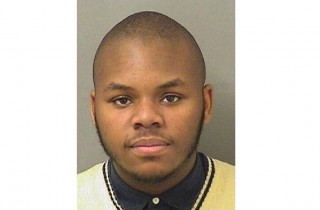 If you’re a regular follower of LawNewz.com, you’re probably familiar with Malachi Love-Robinson, aka “Dr. Love.” Love-Robinson was arrested back in February for allegedly impersonating a doctor and running his own clinic when he was only 17 years old. In March, he was arrested on charges of stealing more than $20,000, fraud, and using another person’s identity without consent. In April, he was offered a three-year prison sentence in a plea deal, but he turned it down.

Now 19, Love-Robinson was arrested yet again on Monday on new charges, for alleged larceny, fraud, and obtaining property with a worthless check. The charges are reportedly based on alleged incidents that took place before the previous cases, according to CBS 12. The best part? He was arrested in court of all places, at a hearing where his defense attorney asked the court to be released from representing him.