Gretchen Carlson Secretly Taped Roger Ailes For a Year — Is That Even Legal? 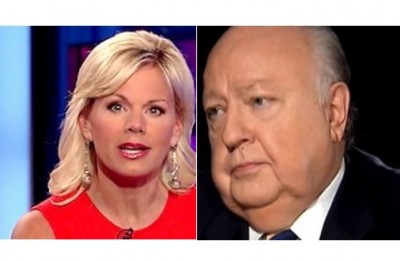 The former Fox News anchor Gretchen Carlson is credited with forcing Roger Ailes to resign from his long-held reign over the Fox News empire. She filed a sexual discrimination lawsuit earlier this summer, and things quickly spiraled downward for Mr. Ailes. And now, a much anticipated New York Magazine cover piece by Gabriel Sherman reveals that Carlson had her eyes on exposing Ailes for quite sometime.

The report says Carlson decided to turn the table on Ailes’s alleged surveillance practices. Since 2014, Carlson reportedly brought her iPhone to meetings in Ailes’s office and secretly recorded him. According to the lawsuit, she recorded him saying things like, “I think you and I should have had a sexual relationship a long time ago, and then you’d be good and better and I’d be good and better.”

Gretchen reportedly taped Ailes for more than a year and captured “numerous incidents of sexual harassment.” Once she had the goods, she hired an attorney, and the two prepared a lawsuit which they filed against Ailes personally. Interestingly, before they filed, they hack-proofed Carlson’s electronic devices and the law firm.

The question that many people will have  — is it legal to just record your boss in secret? The answer is that it really depends where you live. Since Fox News is based in New York City, Carlson likely recorded the conversation here. New York State is a one-party consent state which means Carlson is in the clear criminally. N.Y. Penal Law §§ 250.02 makes it a crime to record or eavesdrop on a conversation unless you are a party. It appears Carlson was a party.

A word to the wise though, before you decide to record your boss, please check your state’s laws. For example, California, Connecticut, and Florida are all states which require both parties to be aware of the recording. In states where recordings are allowed, more and more people are using them in lawsuits and EEOC cases as evidence of discrimination. Legal experts say the recordings can (but not always) be used in court.

“Such recordings are usually admissible in court or at an administrative proceeding if the employee offering the recordings provides evidence sufficient to support a finding that the recording is authentic and of such clarity as to be intelligible and enlightening to a judge or jury,” according to a legal analysis by lawyers from Bingham Greenebaum & Daul.

More and more workplaces have instituted “no recording” rules as a matter of policy. It’s not clear if Fox News has such a rule. But if they do, this could also come into play in Carlson’s case.