Sen. Grassley: FBI Will Leak Clinton Investigation If Politics Gets in Way 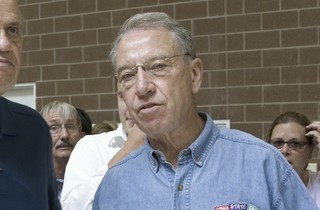 Republican Senator Chuck Grassley suggested on Friday that the FBI would leak their investigation into Democratic presidential candidate Hillary Clinton’s email scandal if politics hindered them.

Grassley insisted he wasn’t trying to support a leak.

The FBI is investigating Clinton because she stored work related emails on a private server when she was Secretary of State under Democratic President Barack Obama. Whether she broke a law or not is debatable.

Grassley and Clinton have clashed before. She criticized him over his resistance to Merrick Garland, Obama’s nominee to the Supreme Court.