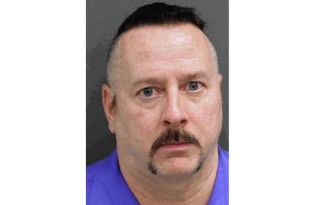 A county employee in Florida allegedly used a work computer to send an email threatening the life of the state’s Attorney General, Pam Bondi, the Orlando Sentinel reported. Kevin Cunningham, who works for the Fiscal & Operational Support Division, allegedly sent his message through an online complaint system used for citizens to contact the Attorney General’s office, according to arrest paperwork.

The message said, in all capital letters, “You have committed fraud accepting bribes from Donald Trump.” It continued, saying, “Your support of him makes you unfit to hold the position of attorney general. Do not ever come back to Orlando. Anderson Cooper was right – Your hate and bigotry enabled the 49 people to be slaughtered here. If I ever see you in person, I’ll rid the state of a corrupt [expletive]with any means I have, firearms, knives, or my bare hands.”

According to the Sentinel, the message referred to a conversation between Bondi and Cooper on CNN. Bondi had tried to ban gay marriage in Florida, even after the court ruled in favor of it. However, after the shooting attack at Orlando’s Pulse nightclub in June, she said on CNN that she would go after “anyone who attacks our LGBT community.” Cooper responded by saying, “You’ve basically gone after gay people.”

Investigators said Cunnigham told them he was upset with politicians, including Bondi, for their comments regarding the LGBT community after the attack. However, it was Bondi’s speech at the Republican National Convention that investigators said put Cunningham over the edge, although they did not specify which parts. In her speech, Bondi strongly pronounced her enthusiasm for Trump. She also referred to dedicating her life to the rule of law, and to “laws that apply equally to everyone.”

Cunningham was suspended from work and arrested on charges including a written threat to kill or cause bodily harm and corruption by threat of harm against a public servant.