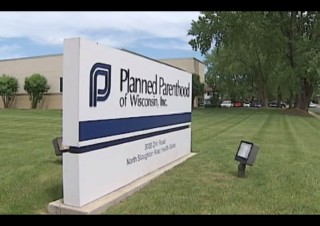 If there’s anything that can be counted on, it’s that the GOP won’t miss an opportunity to cut off its legislative nose to spite its pro-life face. One of the major reasons Republicans were elected into the 115th Congress was to get rid of Obamacare. Sure, most Americans have no idea what the Affordable Care Act is, how it works, or whether it even affects them personally – but, hey, they’re still against it, and (apparently) that’s what counts. A major contributor to Trump’s popularity was his incessant railing against the “disaster” of Obamacare.

Yesterday, as Trump was warming up for his absurd Tweets predicting that Mexico will “reimburse” the U.S. for a border wall like some sort of housebound grandma subsidizing a Christmas gift, he sent out these obnoxious statements:

The Democrats, lead by head clown Chuck Schumer, know how bad ObamaCare is and what a mess they are in. Instead of working to fix it, they..

…do the typical political thing and BLAME. The fact is ObamaCare was a lie from the beginning.”Keep you doctor, keep your plan!” It is….

Putting aside obvious questions such as, “how does this repugnant crybaby expect to unite the country when he publicly insults the entire Democratic party?” let’s focus on the basics. Republicans hate the Affordable Care Act, this hatred is really, really important, and they are going to repeal it immediately. Got it.

Also, subtlety is not an option here. The 22 million people who will risk losing health insurance coverage? Not important. The economic fallout within the health insurance industry that would result from a total repeal? Not relevant. Nope. The only thing that will save America from the horror of Obamacare is total eradication of its disastrous attempt to provide Americans with healthcare. We’re all paying attention, Republicans, and yes, you’ve really impressed us with your bold stance against the real enemy.

Oh but wait! There’s a little glitch in the plan, and it rhymes with “contortion.” The repeal of the Affordable Care Act will only happen via new legislation. That new legislation needs the votes of 50 Senators to pass. With 52 Republican Senators, that shouldn’t be such a problem. Unless… yep. They went ahead and did it. They got carried away and tried to de-fund Planned Parenthood right along with repealing the ACA.

While the more conservative wing of the GOP was planning its victory celebration for killing its top two birds with the same poorly-thought-out stone, it completely (read, predictably) overlooked two ladies on its payroll. Susan Collins of Maine and Lisa Murkowski of Alaska – two pro-choice Senators—might have been psyched to repeal Obamacare, but are significantly less so if it means shutting Planned Parenthood too. Word on the street is that Senators Collins and Murkowski are enlightened enough to know that Planned Parenthood provides a great many valuable health services to women that have nothing to do with abortion; pro-choice, plus common sense, plus actually being women may (or certainly should) equal a “nay” on this prized legislation. Collins and Murkowski may also find themselves sitting at the lunch table with Rand Paul, who already said he’s voting against the ACA repeal, because it makes little financial sense.

When Paul Ryan made the announcement yesterday that the Planned Parenthood de-funding was inserted as a poison pill (pun intended) to the ACA repeal, it began the latest episode of “Conservatives So Blinded By Abortion That They Forgot What They Were Doing In The First Place.” I’d say that their choice amounted to “throwing out the baby with the bathwater,” but that just seems too much.