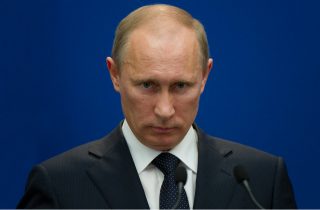 Late Friday afternoon, the intelligence community including The Central Intelligence Agency (CIA), The Federal Bureau of Investigation (FBI), and The National Security Agency (NSA) released their assessment of the Russian activities and intentions as they relate to the recent U.S. election.  One of the reports most startling findings is that Russian President Vladimir Putin apparently ‘ordered’ an effort to influence the U.S. presidential election.

Our lawyers at LawNewz.com reviewed the 25 page document, and we’ve compiled the five biggest ‘bombshells.’ Overall, the report is vague on details, and evidence backing up the allegations. The report has been declassified, so of course, it is possible that the fully classified version has more empirical evidence. Here is what we found most interesting from the report.

# 1 Russia’s goals were to undermine public faith in the US democratic process and hurt Secretary Hillary Clinton’s chances of becoming president.  “We further assess Putin and the Russian Government developed a clear preference for President-elect Trump,” the reports reads.  The report also found that the Russian Government “aspired” to help President-elect Trump’s election chances whenever possible by discrediting Hillary Clinton.  In addition, the report found that the Russian military intelligence  ‘probably’ began cyber operations around March 2016 when the U.S. primaries were in full swing. They believe the Russian intelligence hacked emails accounts of Democratic Party Officials and by May 2016 had “large volumes of data from the DNC.”

#3 U.S. Intelligence believes with “high confidence” that the Russian military intelligence used the Guccifer 2.0 persona to release information to DCLeaks and Wikileaks. Guccifer 2.0 was the internet entity that claimed he hacked into the Democratic National Committee server and leaked the findings to the media and websites like Wikileaks.  “We assess with high confidence that the GRU (Russian Military Intelligence) relayed material it acquired from the DNC and senior Democratic officials to Wikileaks. Moscow most likely chose Wikileaks because of its self-proclaimed reputation for authenticity,” the report states.

However, in an interview with Vice, Guccifer 2.0 told the outlet that he was not Russian nor could he read or understand Russian. In addition this week, Wikileak’s founder, Julian Assange, told Fox News’ Sean Hannity that there was absolutely no Russian involvement in the Wikileaks emails.

# 4 Russia intelligence apparently had access to U.S. electoral boards. However, the report says that the types of system Russian actors targeted or compromised were NOT involved in vote tallying. In other words, they didn’t actually meddle in the voting process, even though they appeared to have access to some of the databases.

#5 Russia might interfere with other elections now that they have the capability.  The report states, “We assess Moscow will apply lessons learned from its Putin-ordered campaign aimed at the US presidential election to future influence efforts worldwide, including against US allies and their election processes.”

LawNewz editor and attorney Sheena Townsend contributed to this report. This is breaking news story. We will update this post as we continue to go through the document.