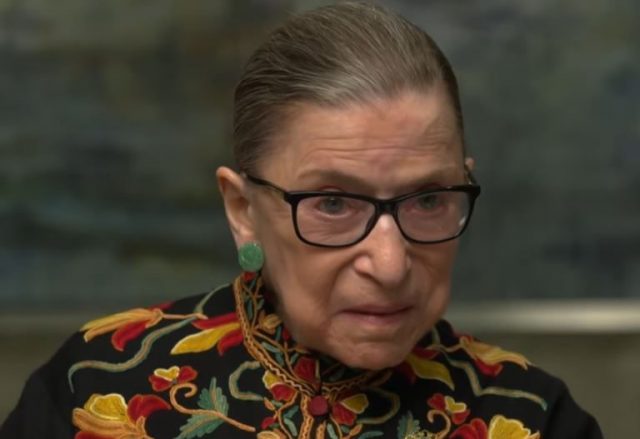 Ginsburg said at a Duke Law School event Friday in Washington that the court decided in an order this week that close relationships include grandparents and other relatives the administration initially left off its list of family members who would not be covered by President Donald Trump’s 90-day travel ban.

Her comments provided a bit of insight on the court’s opaque practice of dealing with emergency appeals. The administration appealed a federal judge’s order from last week that vastly expanded the family members who could help a visitor from the six countries gain entry into the U.S.

The countries are Iran, Libya, Somalia, Sudan, Syria and Yemen.

The justices will hear argument in October on the legality of the ban. Two federal appeals courts said the ban violated the Constitution or federal law, but the Supreme Court in June allowed the ban to take effect in part.

Also included is a 120-day ban on refugees from around the world. The justices this week sided with the administration in blocking the part of last week’s court ruling that eased entry for refugees who have relationships with refugee resettlement agencies in the U.S.

Ginsburg said the term that begins in October will be momentous. It includes important cases on the limits on partisan redistricting of electoral districts and a clash of religious rights and gay rights over a Colorado baker’s refusal to make a cake for the marriage of a same-sex couple.

This article was written by Mark Sherman of the AP.