How Do I Vote for Evan McMullin? Or a Write-In? | Law News
$promoSlice() doesn't exist!

From McMullin to Mickey Mouse: Here’s How Write-In Votes Work 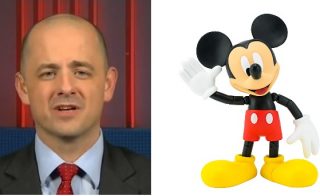 So, the Presidential election is upon us and you don’t want to vote for anyone on the ballot. But you still want to vote, and the write-in option is sounding really good to you right about now, whether it’s for an independent like Evan McMullin who didn’t make it onto the ballot in every state, or a protest vote for Mickey Mouse. How does that work? Well, it depends on your state.  In most cases, you can’t just write in anyone you want (well, you could, but it wouldn’t count for anything).   But here’s what you can do.

In 34 states, anyone looking to run as a write-in candidate has to officially register with their state’s board of elections prior to the election (timing can range from a few weeks before the election to months). You can find a list of official write-in candidates on your state’s Board of Elections website. But look at the list carefully, because if you misspell the candidate’s name, your vote won’t count for them.

According to Ballotpedia.org, seven states allow anyone to run as a write-in candidate, with no requirement to register beforehand. Those states are:

Nine states, however, don’t allow write-ins at all. Those states are:

So if you’re not in one of those states and you’re unhappy with the choices on the ballot, you do have options, regardless of how realistic they may or may not be. Whether you plan on voting for Hillary Clinton, Donald Trump, someone on your state’s list, or just Mickey Mouse, you can still make your voice heard in the polls on Tuesday.

[Image of Mickey Mouse via Nicescene/Shutterstock; Image of Evan McMullin via CNN screengrab]