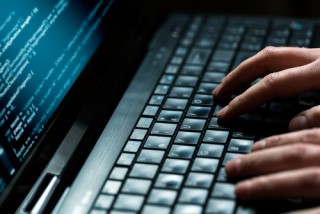 A former U.S. State Department employee was sentenced to four years and nine months in federal prison for hacking into women’s online accounts and blackmailing them with their sexually explicit pictures, the Associated Press reports.

Michael C. Ford, 36, who worked at the U.S. Embassy in London, posed as a Google employee to get women, mostly models and college students in sororities, to reveal their passwords. Ford then used the information to access their email and social media accounts and looked for personal information and sexual material. Ford then contacted the women, threatening to put the sensitive content online or send it to their families unless they complied with his demands. According to the AP, he carried out the threats on several occasions.

In one day, the AP says, he sent out 800 phishing emails asking women for their passwords, and close to 200 follow-up emails to targets who hadn’t taken the bait the first time. Another day, he sent 98 harassing messages to women, complete with attached photos of them.

One of Ford’s victims told the judge that he asked her to go into a locker room at a gym and take video of women changing. The email he sent her included the addresses of the victim’s home and the pre-school where she worked.

Ford was arrested in May 2015 and convicted in December, before being sentenced on Monday. He won’t begin serving his sentence until after August 1, because the judge allowed him to wait until his wife gives birth to their second child. Once he completes the prison term, he will be on supervised release for the next three years.

At the sentencing hearing, Ford cried before the judge and apologized to his victims, saying that at the time he did this he was depressed and had suicidal thoughts. Unhappy with his job, Ford says he was trying to get caught so he would be fired, thus leaving without having to quit. “What I did was a low and cowardly act by a person who was desperate,” he said.