Former CIA Interrogator: How to Get Captured Terrorist Salah Abdeslam to Talk 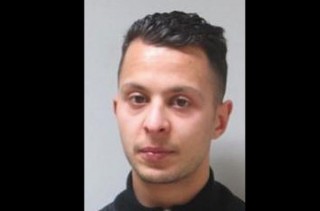 When French Prime Minister Manuel Valls declared, “We are at war” in the aftermath of Tuesday’s catastrophic bombings in Brussels, the eyes of many observers turned to Salah Abdeslam, the suspect in November’s Paris attacks whose capture last week made him a high-profile prisoner of that war. What did Abdeslam know about plans for the Brussels attack? More crucially, what does he know about plans for future terrorist attacks?

At this writing, Abdeslam has yet to be extradited to France, and is being interrogated by Belgian authorities. The interrogators no doubt recognize the critical nature of their mission—Abdeslam was reportedly the logistician behind the Paris attacks, a role that suggests he likely knows at least some of what his terrorist colleagues might be planning He also is likely aware of the locations of weapons and explosives that might be used in future attacks.

That means the interrogators are in very much the same position that U.S. interrogators found themselves in following the attacks on 9/11, and they’re dealing with many of the same challenges. With “war” having been declared on these terrorists, we can well imagine what’s going through the interrogators’ minds: We’re going to do whatever we need to do to get information out of this guy, and take every measure we possibly can in order to prevent future attacks.

While his lawyer claims Abdeslam is “cooperating” with Belgian authorities, the alleged terrorist is fighting extradition to France, and he is likely failing to disclose information that the authorities are desperately seeking. A key issue the interrogators have had to consider, then, is what Abdeslam’s motivations would be for refusing to talk. The first is clearly an ideological factor—one can assume his ideology is grounded in very strongly held convictions, given the actions he’s been willing to take for the sake of that ideology.

The second motivation for refusing to talk has to do with the severity of the negative consequences associated with a confession of culpability in the Paris attacks, and perhaps in others. Although neither Belgium nor France has capital punishment as an option, Abdeslam is certainly facing the prospect of spending the rest of his life, under extremely unpleasant conditions, in prison.

In light of those obstacles, the interrogators no doubt face a formidable uphill battle to get Abdeslam to talk—indeed, it might seem illogical that anyone would confess or reveal incriminating information in such a circumstance. Yet the situation is far from hopeless. In fact, our experience has shown that there is reason to be optimistic about the outcome.

We know from our own experience, and from the experiences of others, that the information the Belgian authorities are seeking from Abdeslam can be obtained, depending upon the approach. The interrogators in Belgium have the same range of options that the U.S. had after 9/11, ranging from non-coercive techniques to some form of “enhanced interrogation.” We have no way of knowing where on that spectrum the Belgians have begun their efforts. But in light of the French Prime Minister’s declaration that the country is “at war,” and the anger that has swept not only France and Belgium, but the rest of Europe and much of the rest of the world, the pressure to obtain information from Abdeslam is extraordinarily intense.

That brings us back to our own experience, and the reasons underlying our optimism. We have found that invaluable, life-saving information can be obtained, even under the most difficult circumstances, by employing a non-coercive methodology that addresses the motivations an individual has for withholding information.

In Abdeslam’s case, as the interrogators work to overcome his motivations for refusing to talk, they’ll have two psychological factors working in their favor. First, they’ll be in a position to capitalize on a concept known as “capture shock.” In the immediate aftermath of his capture, Abdeslam was likely hit with the shock and trauma inherent in the realization that he has failed in the pursuits that guided his life, and that life as he knew it has dramatically changed forever. It is in this state of shock and trauma that he is faced with having to make some very difficult decisions—and in doing so, he’s not thinking the same way he was thinking prior to capture. Consequently, the ideological motivation begins to weaken, especially given that Abdeslam is almost certainly being held in isolation. In that situation, Abdeslam is likely beginning to think, perhaps to a greater degree than at any other time in his life, about his own interests, and his own preservation.

The second obstacle, relating to the severe negative consequences of confessing or otherwise disclosing incriminating information, is more challenging to overcome. The non-coercive approach that has proven to be most effective in meeting this challenge is detailed in our book, “Get the Truth: Former CIA Officers Teach You How to Get Anyone to Tell All.” Although the complexities and nuances associated with this approach prevent a meaningful encapsulation here, we can say that the Belgian interrogators, to be effective, will almost certainly work to convince Abdeslam that life for him going forward will somehow be better if he provides the information the interrogators are seeking.

Given Europe’s widely-held convictions relating to the preservation of human rights, taking a relatively non-coercive approach is almost certainly how the interrogation of Abdeslam has begun. The attacks in Belgium, and certainly any subsequent attacks, will only ratchet up the pressure on the interrogators to accelerate their extraction of information from Abdeslam. The increasing pressure that the Belgian authorities feel in the wake of other developments—including the U.S. State Department’s warning to Americans traveling to Europe—will likely have an impact on whether, and when, the interrogators shift to more aggressive tactics. How far they will go, and where it will end, remains to be seen.