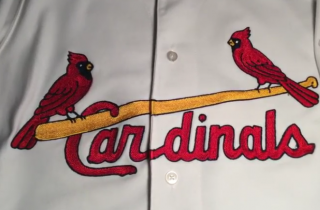 The former scouting director for the St. Louis Cardinals was sentenced to approximately four years in jail for hacking another team’s files, the Associated Press reported. U.S. District Court Judge Lynn Hughes sentenced Christopher Correa on Monday for accessing the emails and player personnel database of the Houston Astros.

Correa pleaded guilty back in January to five counts of unauthorized access of a protected computer. Between 2013 and 2014, he accessed and downloaded files that included Astros’ trade discussions, player evaluations, details on potential bonuses, and various notes and statistics. During that same period, Correa was promoted to director of baseball development. According tot he FBI, Correa was able to hack the system by using a password similar to one used by a former Cardinals employee who had left to take a job with the Astros in 2011. When the employee left the St. Louis club, he had to return the laptop he was using, along with the computer’s password.

Before Judge Hughes announced the sentence, Correa read a letter to the court expressing his regret. “The whole episode represents the worst thing I’ve done in my life by far,” he said. Correa will serve a 46-month jail sentence and he is ordered to pay $279,038 in restitution. Prosecutors claimed that the Astros suffered $1.7 million in losses due to the hacking. The Cardinals fired Correa last summer.

The Cardinals may face discipline from Major League Baseball for Correa’s actions. They could lose draft picks or face a fine. St. Louis has won more World Series championships than any other National League team. Their 11 wins include World Series victories in 2006 and 2011. The Cardinals and Astros were rivals in the National League Central division until 2013, when the Astros moved to the American League.