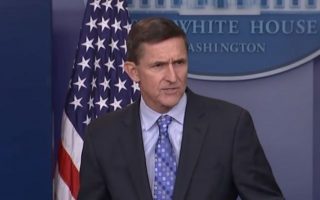 I recently explained why former National Security Advisor Michael Flynn had not violated the “Logan Act.” Those baseless allegations now pale in comparison to the obvious criminal activity by “sources” and “persons with knowledge” who purposely handed over “SIGINT” (Signals Intelligence) – highly classified information – to members of the media who then spread it worldwide. At a minimum that’s a serious felony offense and at worst it could be the opening salvo in an attempted coup d’etas from within the US Government. Regardless of the intended end game of the criminals behind the leaks – we can be sure that these leaks were meant to undermine the fledgling Trump Administration before it could fully stand up it’s own government.

Time may or may not tell just who handed over SIGINT to journalists but fingerprints of at least two people are all over the crime scene: Barack Obama and Sally Yates (the Obama holdover Acting Attorney General later fired by President Trump). More on that later. First – the law:

If you publicly reveal the contents of SIGINT you’ve committed a very serious crime – specifically18 § 798 of the U.S. Code:

Whoever knowingly and willfully communicates … or otherwise makes available to an unauthorized person, or publishes … any classified information … obtained by the processes of communication intelligence from the communications of any foreign government … shall be fined under this title or imprisoned not more than ten years, or both.

Allegations that Flynn lied to administration officials about his talks with Russian Ambassador Sergey Kislyak were reported by, among others, David Ignatius of the Washington Post. On January 12, 2017 he wrote: “According to a senior U.S. government official, Flynn phoned Russian Ambassador Sergey Kislyak several times on Dec. 29, the day the Obama administration announced the expulsion of 35 Russian officials as well as other measures in retaliation for the hacking.”

Additionally the New York Times recently reported the Justice Department told the White House about the contents of Mr. Flynn’s conversation with Mr. Kislyak, which had been recorded by a government wiretap.

It has also been reported that F.B.I. agents interviewed General Flynn after he took office and following those interviews, the aforementioned acting attorney general, Sally Yates (the Obama holdover) “warned” the White House that General Flynn might be blackmailed by the Russians because he had misled Vice President Pence. President Trump later fired Yates when she said the would not defend his executive order on immigration.

Connecting the dots that we have leads to one and only one conclusion – people with access to Signals Intelligence criminally shared it with the media and ultimately handed Flynn’s scalp to the President’s political opponents.

General Flynn said it himself better than anyone can:

“In some of these cases, you’re talking about stuff that’s taken off of a classified system and given to a reporter. That’s a crime,” Flynn told The Daily Caller.

Intelligence agencies work for the the President – not the other way around. President Trump needs to put a stop to this – fast. Forces opposed to him – and very likely aligned with his predecessor – are quickly using their power to undermine his Presidency and the media are helping. These leaks weaken America. These leaks must stop. People need to go to jail – soon.

There is no evidence whatsoever that Michael Flynn broke any laws. There is ample evidence – even if circumstantial – that the Obama administration is the architect of all of this treachery. THAT is the real scandal. Let’s see what happens next.