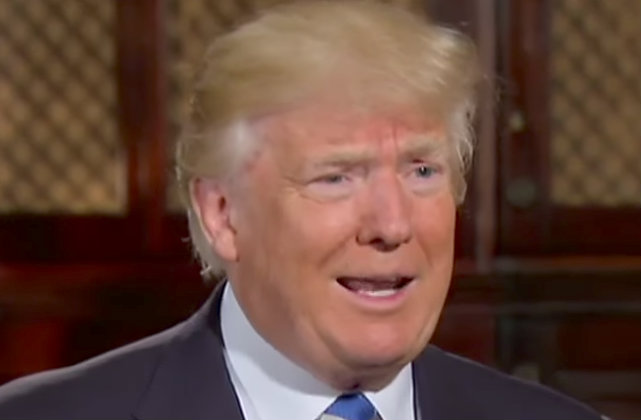 On Tuesday, a First Amendment non-profit demanded that President Donald Trump unblock users on Twitter. Shutting people out is unconstitutional, they said. LawNewz.com recently addressed how blocking users doesn’t prevent them from accessing the President’s tweets, which can be considered official records, but Columbia University’s Knight First Amendment Institute claims that the ability to reply to tweets makes the President’s account a public forum. The group says that Trump can’t block people from being able to express themselves there just because he doesn’t like what they have to say.

“This Twitter account [Trump’s] operates as a ‘designated public forum’ for First Amendment purposes, and accordingly the viewpoint-based blocking of our clients is unconstitutional,” argued the Knight First Amendment Institute in their open letter to the President. “We ask that you unblock them and any others who have been blocked for similar reasons.”

The organization was founded by Columbia and a foundation to support press and speech freedoms through various methods, including litigation. Their clients, songwriter Holly O’Reilly and former professional cyclist Joseph M. Papp, were blocked by the President because of offending tweets, they said.

This is pretty much how the whole world sees you.#AMJoy#SundayMorning pic.twitter.com/CycqYnKg8b

Why didn’t you attend your #PittsburghNotParis rally in DC, Sir? #fakeleader

The group’s letter focused on the @realDonaldTrump account, from which the President does most of his tweeting, but they pointed out that their argument applied to the official @POTUS account too.

“Your @realDonaldTrump account constitutes a designated public forum,” they argued. “It is a forum for expression in which you share information and opinions relating to government policy with the public at large, and in which members of the public can engage you, engage one another, and sometimes elicit responses from you. Your Twitter account is a designated public forum for essentially the same reasons that open city council meetings and school board meetings are.”

LawNewz.com reached out to the White House for comment, but they have not responded.

“It’s novel,” he told LawNewz.com. If this ever went to court, it would be a case of first impression. Magarian warned that therefore, no one can credibly predict how it might end up because there is no precedent.

Judges may rule on whether Trump’s Twitter account really is, or is analogous to, a designated public forum, he said. The administration could plausibly argue that the President’s social media usage is performed as a private person. After all, the website is owned by a company, not the government.

“That could be a winning argument,” Magarian said.

Several things would undercut that approach, however. Here’s a tweet and retweet that appeared on the Knight Institute’s page on Tuesday.

Good tweet. Supports our view that @realDonaldTrump is a “designated public forum” under the 1st Amendment. https://t.co/xj6neydo6k pic.twitter.com/Cw7KwkRZHC

“It’s a fascinating and new and hard question,” Magarian said.

With the professor’s thoughts in mind, it is clear a hypothetical lawsuit could fill in gaps when it comes to First Amendment case law and the Internet.