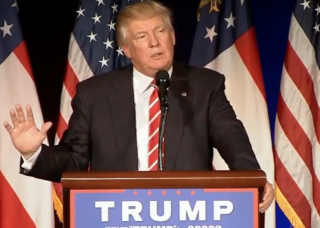 On Tuesday, First Amendment attorney Floyd Abrams came out in support of professor and lawyer Susan Seager’s “libel loser” report. He said that the American Bar Association, which tried to edit the study, let itself get cowed rather than face a possible lawsuit from Republican presidential nominee Donald Trump.

“The response of the ABA was one of institutional cowardice,” he wrote in his Tuesday article for The New York Daily News.

Seager wrote an opinion piece for Law Newz on Tuesday, calling out the ABA for softening her report, “Donald J. Trump Is a Libel Bully But Also a Libel Loser.” In the report, she wrote that Trump filed seven speech-related lawsuits in the past 30 years, but failed to win any that were processed in public court. She said that rather than face a lawsuit themselves, the ABA tried to soften the language of her study. So instead, she got it published at the Media Law Resource Center.

“I wasn’t worried that my censored words would create liability because my words are accurate descriptions of Trump’s legal strategies and losses, protected opinion, and privileged fair reports of official court records,” she wrote.

In his own article, Abrams (father of Law Newz founder Dan Abrams) issued a warning. Citing the billionaire-funded lawsuit that bankrupted Gawker:

The visage of such critics of the press, of Internet publications and of individuals who speak out using their wealth to intimidate their critics into silence is a new one in American life. As a result of Supreme Court cases that are highly protective of First Amendment rights, speakers and publications are far better protected against the threat of punishing libel litigation than was once the case. But the dangers of litigation by wealthy individuals devoted to punishing speech critical of them remain.

[Screengrab via Right Side Broadcasting]