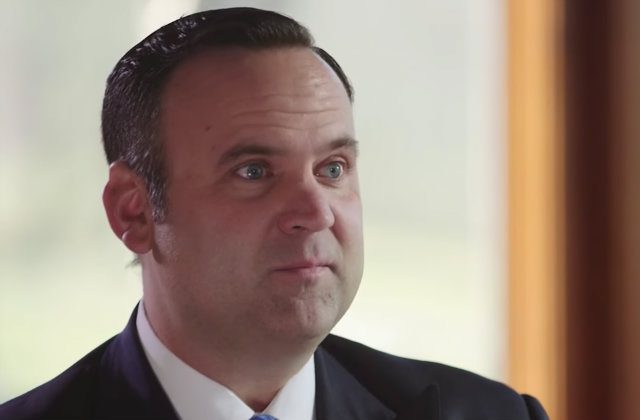 The White House Director of Social Media is in trouble over something he wrote on social media, but on Sunday, he claimed he’s got nothing to say to the lawyers who accused him of wrongdoing.

What ‘ethics lawyers?’ The ones from the Obama Admin who want to take Trump down, or the Bush Admin who were #NeverTrump? No thanks! https://t.co/lyqw26sbGP

This comes in the aftermath of a Saturday tweet in which Dan Scavino took a shot at Rep. Justin Amash (R-Michigan), a member of the House Freedom Caucus.

Scavino was following the lead of his boss, President Donald Trump, who tweeted on Thursday that Freedom Caucus members should be defeated in the 2018 primaries. The Administration is blaming these Republican congressmen for blocking the passage of the American Health Care Act, the GOP’s long-promised replacement of the Affordable Care Act.

But then Richard Painter, a Trump critic and former ethics lawyer for George W. Bush, wrote this in the wake of Scavino’s tweet.

Look at the official photo on this page. Read the Hatch Act and fire this man NOW. Someone call OSC https://t.co/xTAcfIv3K3

As of Sunday evening, Scavino’s personal and professional Twitter accounts use the same image, in which he stands next to the U.S. flag.

Ethics 101- You can’t put official titles and WH photos all over your “personal” Twitter page and use it for partisan politics. Hatch Act

The Hatch Act in part prohibits executive branch employees from political activity (exceptions include the president). The U.S. Office of Special Counsel says this is meant to ensure that “federal programs are administered in a nonpartisan fashion.”

The office offers guidelines on social media use, actually. Executive branch employees can in fact express partisan opinions as long as they stay within the limitations. This includes: don’t engage in political activity when working in an official capacity; don’t do it while on duty or in the workplace; or, as they put it, “referring to their official titles or positions while engaged in political activity at any time (note that inclusion of an employee’s official title or position on one’s social media profile, without more, is not an improper use of official authority).”

That last part is worth mentioning because an NBC News report claims Scavino’s profile recently changed. As of early Sunday evening, it reads:

But NBC looked at an Internet Archive and saw that his account recently changed.

On March 22, according to the archive, the description read: “Personal Twitter Handle when Director of #SocialMedia & Senior Advisor at Donald J. Trump for President, Inc. Official White House @Scavino45. #MAGA”

Painter had suggested on Saturday that Scavino’s account would get scrubbed, and accordingly, mentioned the NBC Report.

As I predicted, someone is tweaking the Scavino Twitter page to hide evidence of a Hatch Act violation. https://t.co/egBifa1UDy

The White House has denied Scavino did anything wrong. In a statement obtained by NBC, the administration said he didn’t break the Hatch Act because it was clearly a personal account, not a work-related one.

He created an official account upon entering the White House to ensure compliance with the Hatch Act and he has taken the necessary steps to ensure there is a clear distinction between both Twitter accounts.