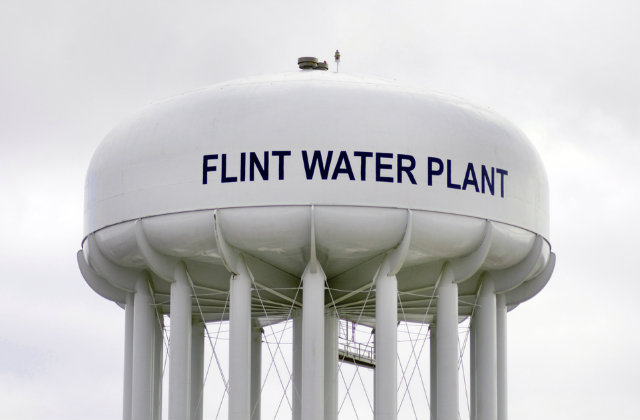 A new study says that new and expecting mothers in Flint, Michigan faced tragic circumstances during the water crisis. Research by assistant professors and health economists David Slusky at the University of Kansas and Daniel Grossman at West Virginia University says that during the period after April 2014, fertility rates dropped among local women by 12 percent and fetal death rates jumped by 58 percent, according to the Detroit Free Press. They compared the stats with 15 other Michigan cities, including Detroit.

“We weren’t particularly surprised by this, but we didn’t expect it be as clean and clear as it was,” Slusky said according to the outlet. He explained that other cities’ fertility rates stayed consistent, but Flint’s “fell off a cliff.” Researchers tried to account for other possible explanations, including concerns about the economic recession starting in 2008, which is why they looked at other cities’ stats.

Also, Google data mentioned in their study showed that searches by Flint residents for “lead” and “lead poisoning” didn’t increase until September 2015.

“During most of our time period, when the city and state officials were saying there was no problem, we didn’t see any evidence of knowledge about lead in the water,” Slusky said. He said this study will encourage research by others to replicate these results, and said he hoped policy-makers will use findings to make better decisions. For him, that means not cutting corners on necessary costs.

The city of Flint switched its water source in April 2014. In a bid to save money, officials stopping using H2O supplied by Detriot, and started to use the Flint River–but they didn’t take effocts to implement anti-corrosion methods. Lead was leeched from pipes, contaminating the drinking water. It is patently unhealthy for the human body to ingest lead. This metal hurts children and newborns in particular, damaging their nervous systems.

Five city and state officials, including Michigan Department of Health and Human Services Director Nick Lyon, were indicted in June 12 for involuntary manslaughter over a Legionnaires’ disease outbreak linked to the water crisis. 12 people died. Lyon, accused of willfully failing to warn locals about the outbreak, is fighting the charge in court.

Flint currently uses water from the Great Lakes Water Authority, but long-term plans are being disputed by the city and Michigan.

[Image via Linda Parton and Shutterstock]