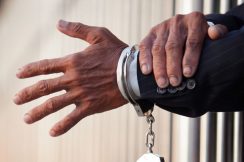 The U.S. Attorney’s Office in Kansas has been accused of snooping on hundreds of defense lawyers and inmates during confidential conversations. The investigator, Special Master Michael Cohen, recently issued his report to a federal court, and said 227 phone call recordings, and at least 30 videos of attorney-client meetings were discovered in the federal prosecutor’s office in Kansas City, according to The Daily Beast.

And that’s after the investigation worked in a relatively narrow scope. Cohen’s probe focused on a case surrounding Lorenzo Black, a drug dealer who allegedly supplied drugs to a prison guard at a privately-run facility in Leavenworth. But his report suggested that over 700 defense lawyers were spied on during confidential conversations with their clients. That’s why last week he asked the court if he could get more leeway to see if attorneys in other cases were snooped on by prosecutors.

According to the allegation, this spying scandal broke out because of defense lawyer Jackie Rokusek. Her reported client, a Leavenworth inmate named Richard Dertinger, was named as a non-indicted co-conspirator in Black’s case, but federal prosecutors believed Rokusek improperly gave him confidential information about it. The U.S. Attorney’s Office allegedly believed that this was a conflict of interest, and should cause her to recuse herself from an unrelated case in which Dertinger was accused of being involved in a synthetic marijuana operation.

So the federal prosecutors allegedly confronted her with footage of her telling Dertinger the confidential info. Rokusek told The Daily Beast that they called her to their Kansas City office in August, and confronted the supposed video evidence.  They gave her a computer to watch it, she said, except she accidentally clicked on an unrelated file–which showed another attorney to speaking to a client at Leavenworth. She immediately brought her concern to the nearby Federal Public Defender’s office.

Two companies have been embroiled in the controversy in addition to the US Attorney’s Office for Kansas. There’s CoreCivic, which runs Leavenworth. And then there’s Securus Technologies, which provides communication services there. LawNewz.com reached out to both for comment, and will update when they respond.

In August, CoreCivic, then known as Corrections Corporation of America, said such video recordings were common nationwide, and didn’t contain audio.

In an August court hearing about the Rokusek video, Washington University law professor Peter Joy compared the alleged snooping to card dealers snooping on a player at the casino.

“Just like that would be cheating at a casino and lead to the dealer always winning, intruding into the confidential communications of clients and lawyers takes away the promise of a fair trial,” he reportedly said.

Mike Warner, a former first assistant U.S. attorney in the District of Kansas, shared a similar sentiment in an interview with The Daily Beast. He served in that office from 2010 to 2013, and claims the snooping allegation is just an extension of a win at all cost’ attitude.

“Prosecutors are supposed to be ministers of justice, exclusively concerned with matters of fairness and due process,” he said. “The polar opposite is a ‘win at all costs’ mentality or a self righteous ‘ends justifies the means’ approach. Further, one of the most fundamental things prosecutors must do is make sure a defendant’s constitutional rights are protected.”

[Image via sakhorn and Shutterstock]