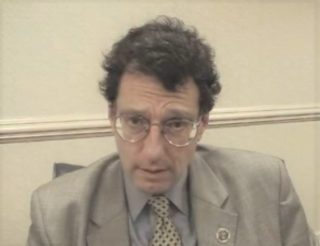 President Donald Trump questioned the qualifications of a judge who ruled against him by calling him a “so-called judge,” and now another jurist is calling Trump’s presidency into question. U.S. District Judge Dan Polster told an audience at a Cleveland Anti-Defamation League event Wednesday night that a comment like this made by someone who holds public office “calls into question, and some might even say forfeits, his or her own legitimacy.” The remark didn’t mention Trump by name, but it came after a question about the judiciary’s status during the Trump administration, Cleveland.com reported.

Polster was not concerned about how his fellow judges may react to this sort of treatment by the President. “I don’t believe there’s a single federal judge who would be intimidated by anybody,” he said. “We took an oath to support and defend the Constitution and it means a lot. And I think that oath means even more today.”

Polster clarified that it’s one thing to criticize a judge’s actions, but questioning their legitimacy is “a line that shouldn’t be crossed.”